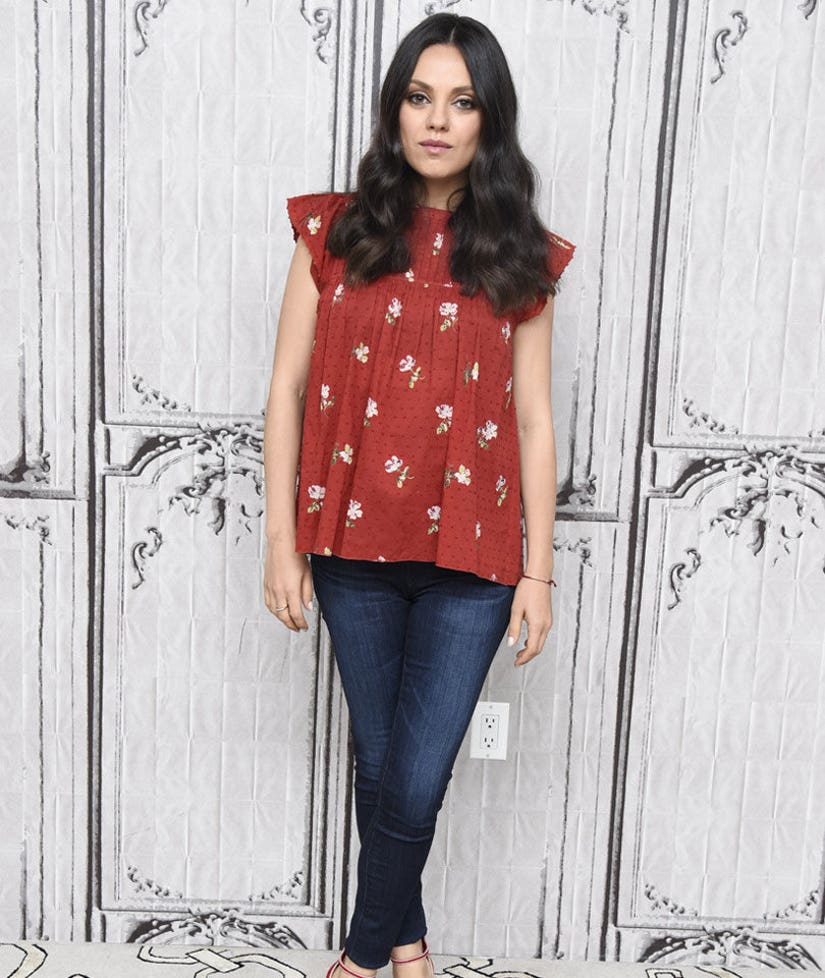 Mila Kunis is sharing some hilarious details about her second pregnancy!

The "Bad Moms" star stopped by "Live With Kelly!" on Wednesday to promote her new movie, where she opened up about some of her own experiences with pregnancy and motherhood.

During the candid conversation, Kunis revealed that her second pregnancy has been "completely" different than her first ... mostly because she has a toddler to look after now.

"With the first one, I was on the app every day, like, 'What food size is my baby?' It was like, 'It's the size of a grape. It's the size of an avocado,'" she told Ripa. "The other day, someone asked how far along I was. I was like, 'I have no idea. I can tell you when I'm due, and then do the math afterward.' For the first one, I could tell you precisely what she was developing, what stage it was. The second one, I'm running after a toddler, or working, so I'm like, 'Oh, that's right: I'm pregnant.'"

She's also craving completely different foods this time around. "With the first one I didn't have any aversions. I craved sauerkraut. The first half of my pregnancy, I couldn't get enough vinegar. Greek chopped salad: vinegar," she revealed.

"The second one, I can't eat meat. It'll look delicious to me, and then I'll take a bite of it, and then I'm like, 'Uh-uh. Can't do it.' This is going to offend a lot of people who are vegetarian: I love steak. I could eat ground beef, like a burger, I can eat, but whole pieces of meat, uh-uh. Uh-uh! It doesn't make any sense," she continued. "But I can also eat eggs all day long. If someone's like, 'Have an egg for dinner!' I'm like, 'Great.' It's a very strange pregnancy when it comes to, like, food."

The 32-year-old "Black Swan" star and her hubby Ashton Kutcher are already parents to their 2-year-old daughter Wyatt Kutcher. Though both stars have been trying to explain the miracle of life to their little one, Wyatt doesn't quite understand what's going on with her famous mama.

"We were trying to teach Wyatt, like, 'You're going to be a big sister,' but she's too little to comprehend that only mommy's got the baby," she said. "So, this is where the problem happens. You go, 'Where's the baby?' She'll point to her belly, to your belly, to your belly. Everybody's got a baby in their belly!"

"Ashton's like, 'Oh, that's funny.' He taught her to be like, 'What's inside daddy's belly?' And she goes, 'Beer,'" Mila hilariously revealed. "Everyone else has a baby, and then what's inside papa's belly? Beer!"

We're sure there's no shortage of laughter in the Kunis-Kutcher household! What do you think about Mila's candid comments? Sound off below and check out the gallery above to see even more expecting stars!