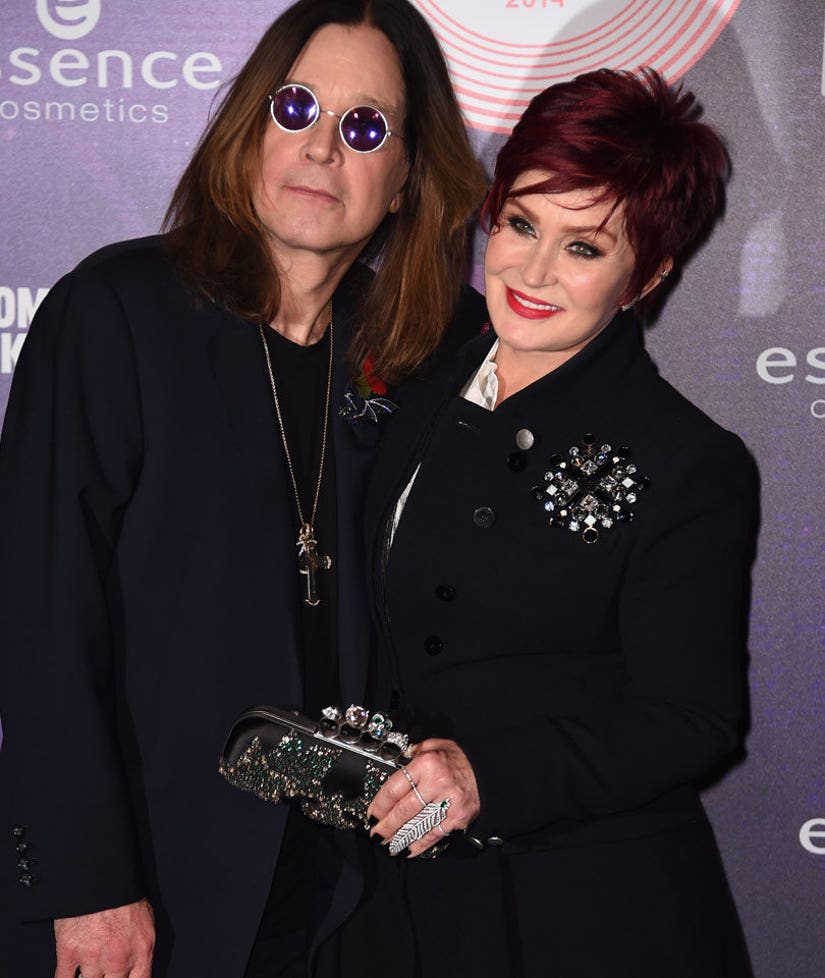 It's game on for Sharon and Ozzy Osbourne -- but he's still got some work to do to get things back on track.

The rocker confirmed they reconciled on "Good Morning America," explaining that after "drifting apart for a while ... you get back on the horse," a phrase Sharon wasn't too fond of.

"Um, 'Get back on the horse,' how dare you? He's such a romantic fool. So romantic back on," Sharon exclaimed on "The Talk." "It's been very hard."

"He's very embarrassed and ashamed about his conduct," she continued, while staying vague about what caused their brief split. "I can't speak for him. But for me, um, yes, you know. I forgive. It's going to take a long time to trust but you know we've been together for 36 years, 34 of marriage, and it's more than half of my life."

Rumors of an affair were all over the Internet, though neither of them have confirmed the talk. "I just can't think of my life without him," Sharon told her co-hosts. "Even though he is a dog. He's a dirty dog. So there we are. He's going to pay big."

Sharon added that her husband hopes to appear on her show to explain things to her co-hosts. "He feels that he owes everybody here an apology," she explained, "because he put us all through it."

"We are married, all is good," Ozzy added earlier in the day on GMA. "We all lived happily ever after ... I'd like to find the person who wrote that and poke them."

"You just, you make mistakes, and you learn by your mistakes, I think," Ozzy added, noting that their separation was simply "a bump in the road."