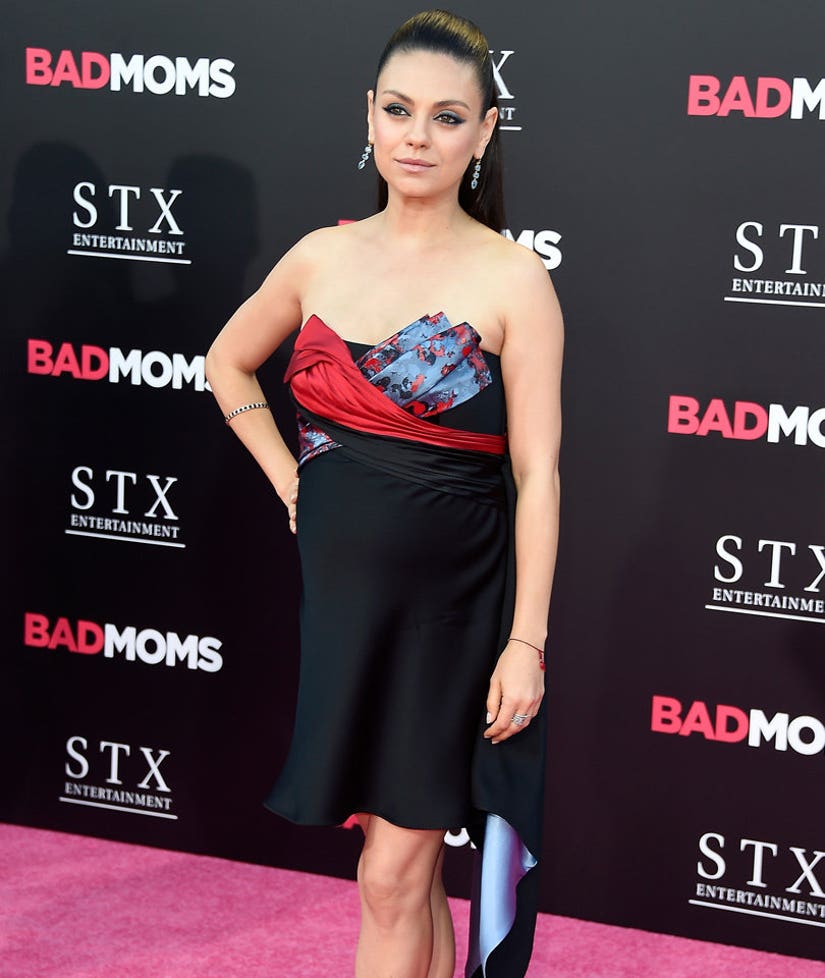 The "Bad Moms" star opened up about her adorable family while chatting with Ryan Seacrest on Friday, where the actress revealed that she and hubby Ashton Kutcher are considering having a third child together.

Kunis -- who's currently pregnant with the couple's second child -- already shares daughter Wyatt with the "That '70s Show" alum. And it definitely sounds like the 32-year-old wants a big family!

"I've always said this, I think you know when your family is complete," she told Ryan. "After we had Wyatt, the second that I gave birth, I was like, 'I know that we need to have another baby. We both knew it, we just felt it."

Though the "Black Swan" star hasn't given birth yet to Baby #2, Mila says she'll know if they're ready for a third soon after the next one arrives.

"And so I always say after the second one, we'll know if we need to have another one," she explained. "I really do believe you know when your family is complete."

For now, the actress says she is enjoying her pregnancy ...and trying to watch what she says around little Wyatt.

"It's so hard," she said of trying not to swear around their daughter. "I try to work on it daily and my daughter is at a place where she'll mimic the words that I say, so it didn't really matter up until, like, two months ago when I said a certain word and she said it back."

With her new comedy "Bad Moms" in theaters now, Kunis says she hopes the movie shows women that there is no such thing as a perfect parent.

"I think we as women put too much pressure on ourselves to have everything and look a certain way and act a certain way and it's impossible," she explained. "It actually is impossible. There's no such thing as a perfect balance. I hope this movie, for lack of a better term, takes the piss out of it."

What do you think about Mila's candid comments? Sound off below and check out the gallery above to see more expecting stars!