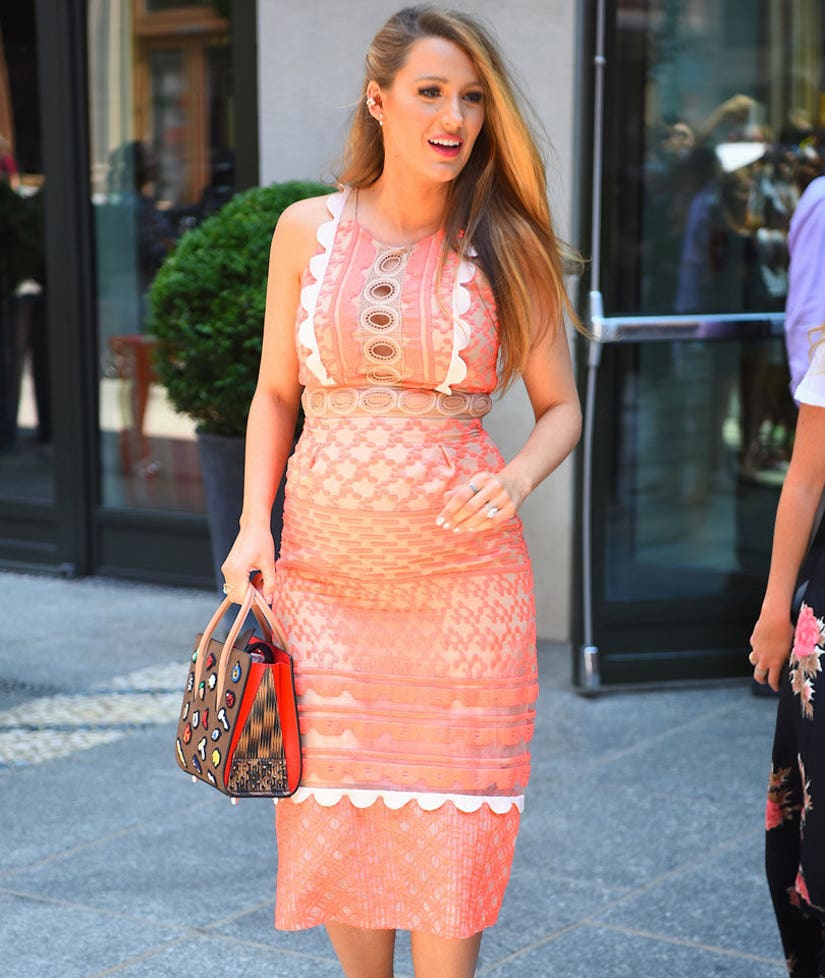 Blake Lively is taking a stance for pregnant women everywhere!

"The Shallows" star got candid about the pressure to slim down quickly after having a baby, while chatting with cohosts on the Australian morning show "Sunrise."

During the appearance, the anchors complimented the 28-year-old actress' fit post-baby body for her bikini-clad role in the "Jaws"-esque thriller. Lively began filming the movie just months after she and hubby Ryan Reynolds welcomed their first child together, daughter James, who's 19-months-old now.

"It's so unfair though, because it's so celebrated," the currently-pregnant star said of society's infatuation with women's post-baby bods.

"It's like, this is what someone can look like after a baby," she continued. "I think a woman's body after having a baby is pretty amazing."

The "Gossip Girl" alum likewise declared that new moms everywhere shouldn't feel that immediate pressure to get their pre-baby bodies back after childbirth.

"You don't need to be Victoria's Secret ready right away because you just did the most incredible miracle that life has to offer," Blake explained. "I mean you gave birth to a human being! So I would really like to see that celebrated."

Lively confirmed she was expecting her second child with the "Deadpool" star in May, when she showed off her baby bump at the premiere of her new movie "Cafe Society" during the Cannes Film Festival.

We're loving Blake's outlook -- what do you think about her candid comments? Sound off below and check out the gallery above to see more photos of Blake's killer pregnancy style!