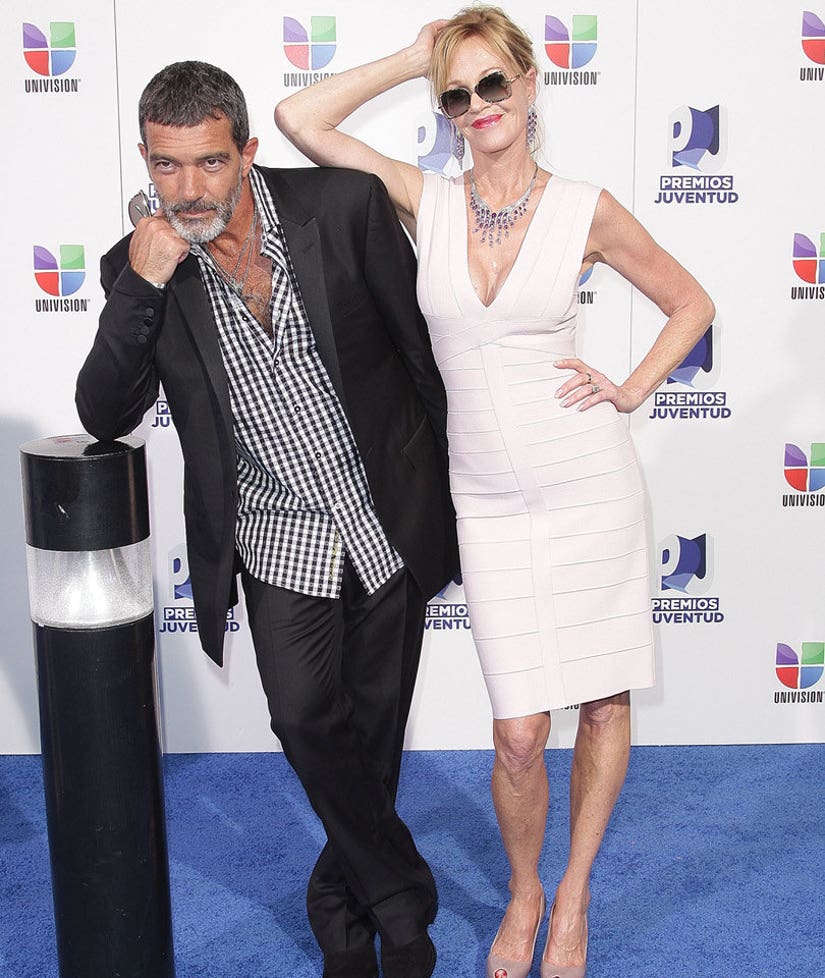 Nothing like a friendly birthday wish from an ex.

"Happy Birthday to my ruggedly handsome ex husband @antoniobanderasoficial," she captioned a photo of the two at a 2011 event for Univision, adding a few party emojis. "I will always love you," she added, along with a kiss.

The two split after nearly 20 years of marriage last December, but have been on pretty great terms lately. Griffith even shared an image of the two of them together just last month.

The 58-year-old actress recently opened up about her post-divorce life in an interview with PEOPLE.

"I'm having a very introspective time right now," the 58-year-old told the site. "It's an interesting time."

"It's just sort of nice," she explained. "My kids are all great. They're beautiful people. I'm single, and lonely, and bored, and confused – but then at the same time, totally curious. It's almost like I have to throw myself out of the nest."

Griffith also celebrated her divorce on Instagram back in June.

At the time, she posted a screen grab of a note she wrote on her iPhone reading, "I filed for divorce 2 years ago today." She included a hands in prayer emoji below the message.

Since the split, Banderas has been dating Dutch investment consultant Nicole Kimpel, who is 20 years his junior.