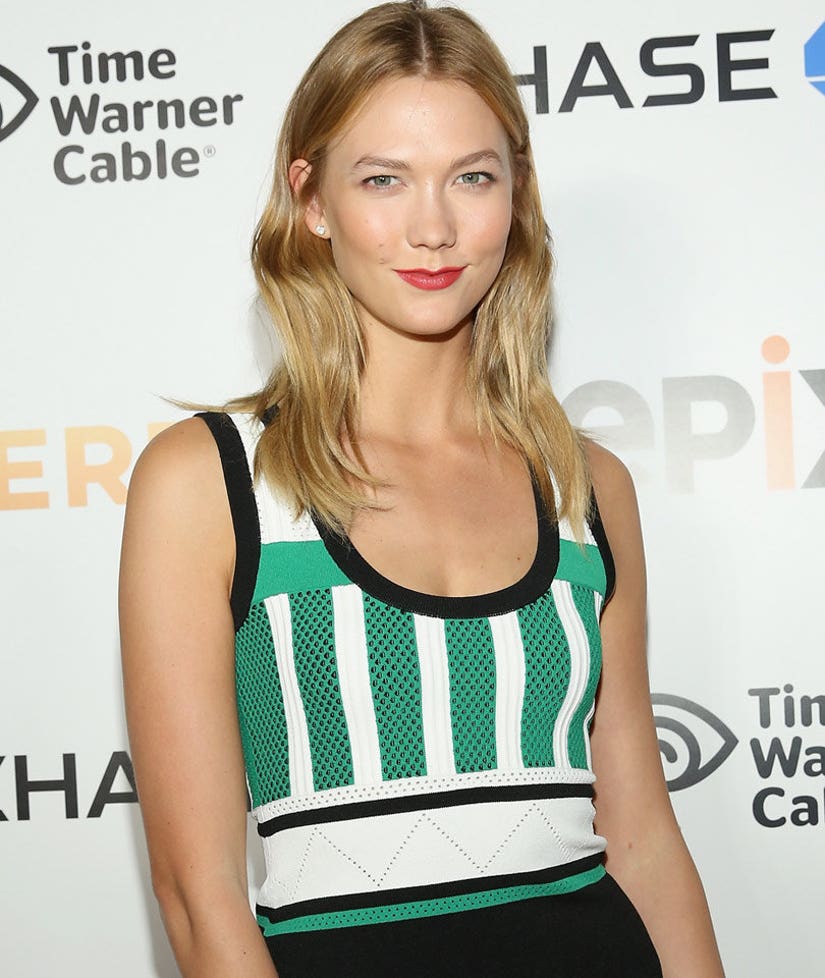 In a recent interview with Sunday Times Style, Karlie Kloss had nothing negative to say about Kim Kardashian, who is embroiled in a highly publicized feud with Kloss' BFF Taylor Swift.

"I think she's been a lovely person to me in the past," Kloss said about the reality star before adding, "Look, I really don't know her that well."

Swift's feud with Kim and her husband Kanye West erupted over his "Famous" lyrics, in which he calls the "Blank Space" crooner a "bitch." The Grammy winner claims she was blindsided by the tune, but Kardashian revealed video footage of what appears to be Swift approving the controversial lyrics.

And while some took Kloss' comments about Kardashian to indicate that the 24-year-old is somewhat ambivalent about her loyalty to Tay Tay, she quickly took to Twitter to silence her doubters.

"I will not allow the media to misconstrue my words," she wrote. "Taylor has always had my back and I will always have hers."

But don't take that to mean that Kloss is really interested in perpetuating the Taylor-versus-Kimye battle.

She clarified her previous tweet by adding, "and I will never be the girl that you can use to pit women against each other. That isn't me."

Looks like the leggy lady is living up to her Twitter tagline about "making the world a little more Klossy."