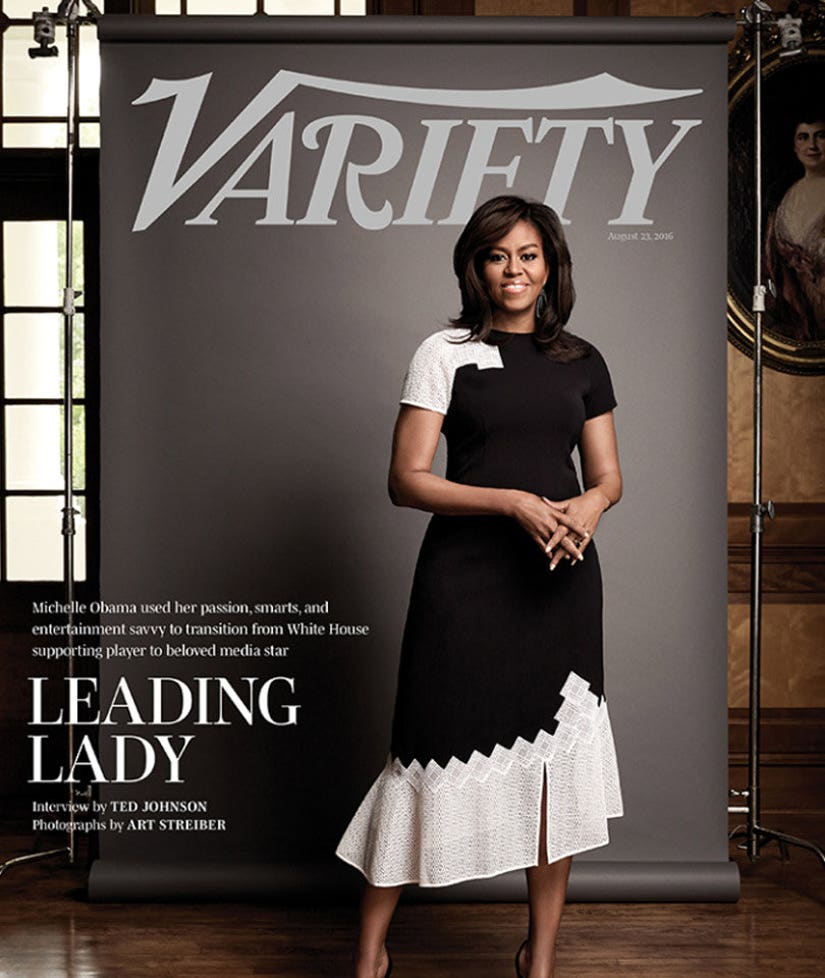 Michelle Obama doesn't take herself too seriously—at least, not if it means she can promote those causes that are near and dear to her heart.

Chances are you've witnessed this not-so-traditional tactic in action. Remember that "Carpool Karaoke" ride she took with James Corden not too long ago? The video, which has now racked up more than 40 million YouTube views, was the first lady's way of bringing attention to her Let Girls Learn initiative, which seeks to help young women all over the world gain access to education. (Obama and Corden sang "This Is for My Girls"—the official anthem for the initiative—during the karaoke segment, in addition to their memorable rendition of Beyonce's "Single Ladies" and Missy Elliott's "Get Your Freak On".)

"What I have never been afraid of is to be a little silly," Obama says in an interview with Variety, whose cover she graces this week. "My view is, first you get them to laugh, then you get them to listen. So I'm always game for a good joke, and I'm not so formal in this role. There's very little that we can't do that people wouldn't appreciate."

And in addition to tapping humor, the FLOTUS admits that she uses her pop culture knowledge to forward her causes."I view myself as being the average woman,” she says. "While I am first lady, I wasn't first lady my whole life. I'm a product of pop culture. I'm a consumer of pop culture, and I know what resonates with people. I know what they'll get a chuckle out of and what they think is kind of silly. And whenever my team approaches me with ideas and concepts, we're usually like, 'Is this really funny? Are people going to understand it?'"

And if people aren't convinced by her knowing all the words to Queen Bey's song as evidence of her status as a pop culture junkie, perhaps the fact that she binge watches Netflix just like the rest of us might change their minds.

"On a good flight to China? Having the fifth season of Orange Is the New Black" is a lifesaver," she admits. "The only way I get through the next season of "The Americans" is on a long flight. And it helps, because you look up and say, 'We're here. We're landing.'"

Despite her love for popular culture, even she can't believe some of the segments she's done during her time at the White House.

"I think it was probably "Billy on the Street," when I was literally pushing [Billy Eichner] in a grocery cart in a grocery store,” she confessed. "You know, that's when I thought, 'This is crazy.' But again, it resonated. It was something that was successful. Maybe if I'd done that in my first year, it might have been too much. But I think by the time we did this in the second term, people knew me. They understood the approach. It allows me to take a few more risks than in the first term, when people were just getting to know who I was."