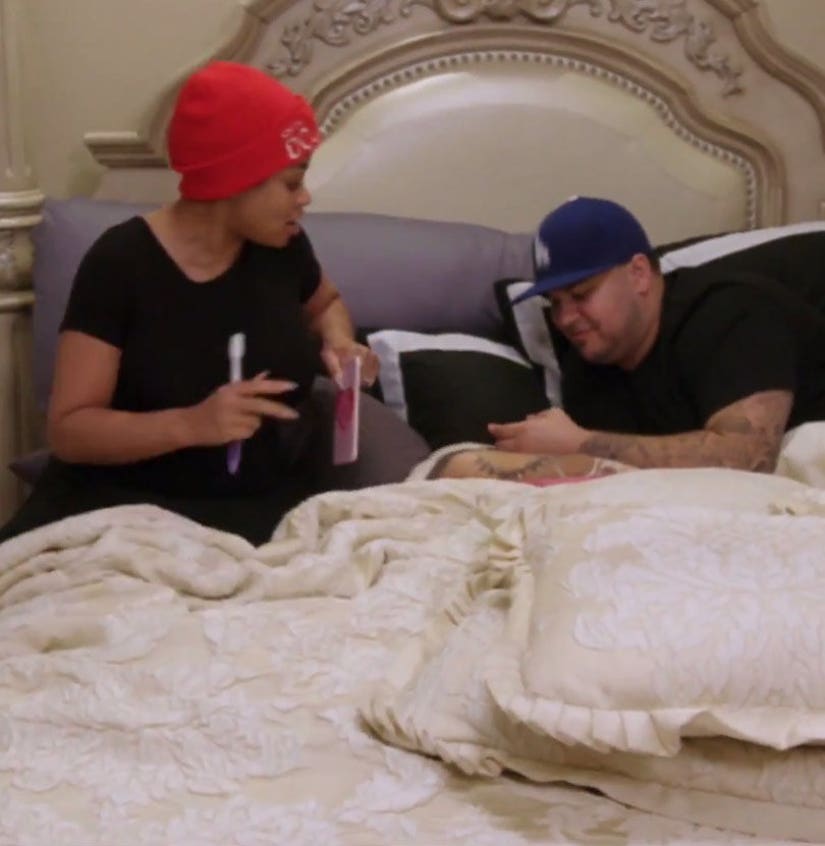 Looks like Rob Kardashian may want to phone a friend—or some help!

When snooping through fiancé Blac Chyna's phone, the 29-year-old incites an epic fight.

"Yo, who's this hitting your phone over and over?" he asks Chyna in a sneak peak of the premiere episode of their reality show "Rob & Chyna."

"I don't know, what does the name say?" Chyna replies. "And why are you even in my phone?"

"And your password's not the same as it was," an accusatory Rob continues.

"Uh, because maybe last time you went through my phone," she says, before snatching the device from her hubby-to-be's hands. "And why you keep picking up my phone like you don't trust me? That's really whack."

But Rob seems to think that his other half's refusal to let him have all-access privileges to her phone must mean she's hiding something.

"It's not about that—it's just that I don't get why you even care if I go through your phone," he tells her. "I mean, don't you think that's shady?"

Chyna goes on the defensive, explaining that maybe she was having an exchange with her mother that she wanted to keep private.

"What are you trying to read?" she snaps. "Who do you think I'm texting?"

"You think I'm gonna go and read your convos with your mom or something?" he asks Chyna.

Based on his phone-searching behavior, we wouldn't put it past him. And Chyna just can't wrap her head around his suspicions.

"I don't even understand why Rob would even think that I'm doing anything wrong," Chyna says to the camera. "I'm four months pregnant, I have two businesses that I'm running, I'm with King and I literally don't leave the house so what could I possibly be doing?"

Watch the clip (above) to see the entire blowout fight. "Rob & Chyna" premieres Sept. 11 on E!