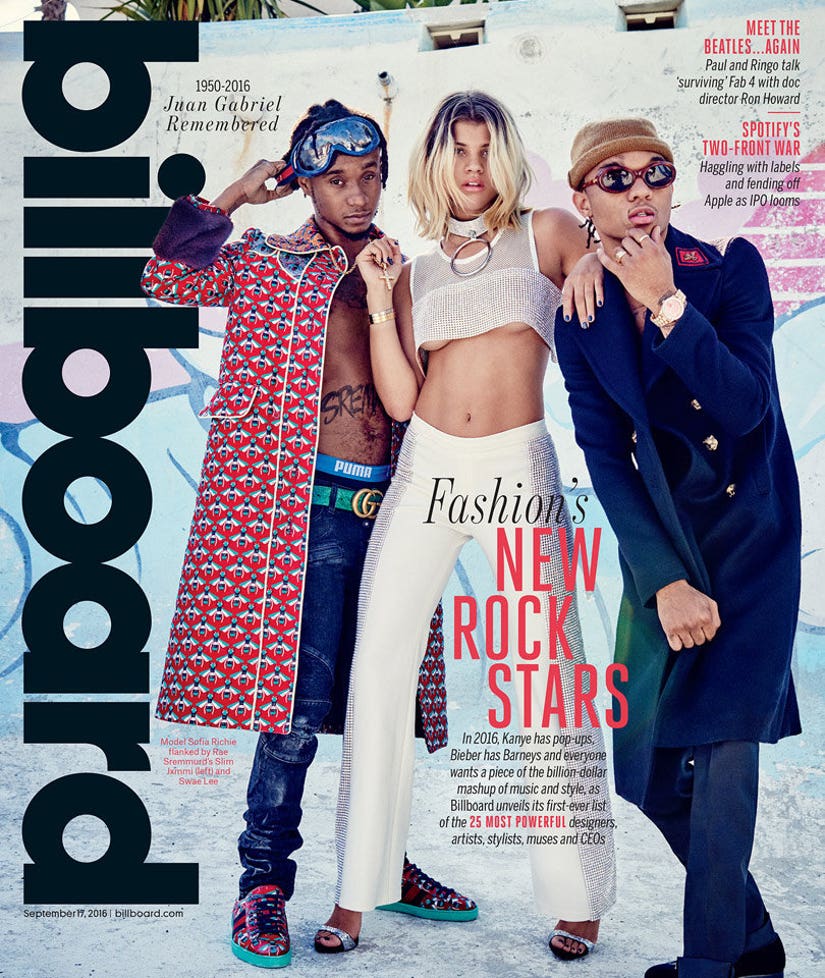 Sofia Richie is finally opening up about her relationship with Justin Bieber in the latest issue of Billboard magazine.

While there's no doubt that the couple--who have been snapped packing on the PDA—are into each other, Richie got into what exactly attracts her to the "Sorry" singer.

"We have a special relationship," she says. "Justin is very easy to talk to, and that's hard to find with people in Los Angeles."

It's also hard to find privacy in L.A.—and just about anywhere else you go—when you're dating a pop star like the Biebs. Richie was on the receiving end of a lot of negative comments from Beliebers when her beau posted shots of her on his Instagram, but she's learned to take the good and bad in stride, thanks to the example of her older sister Nicole Richie's rise to fame.

"I remember the paparazzi and the sh-t people would say to Nicole, and she wouldn't respond," Sofia tells Billboard. "I'm going to be real with you: It. Doesn't. Bother. Me. As long as I'm happy."

It appears the 18-year-old has much to be happy about, having just appeared on the runway for the Yeezy Season 4 catwalk on Wednesday.

But when it comes to the world of fashion, Richie reveals she has greater aspirations than modeling. Her ultimate goal is to create a collection that reflects her personal style, which she describes as including "trenches, high-waisted pants, ­pantsuits, silks."

In the meantime, she's using her time in front of the camera to her advantage.

"I love modeling because I get to see everything that inspires me," she says. "Then I go home and sketch."