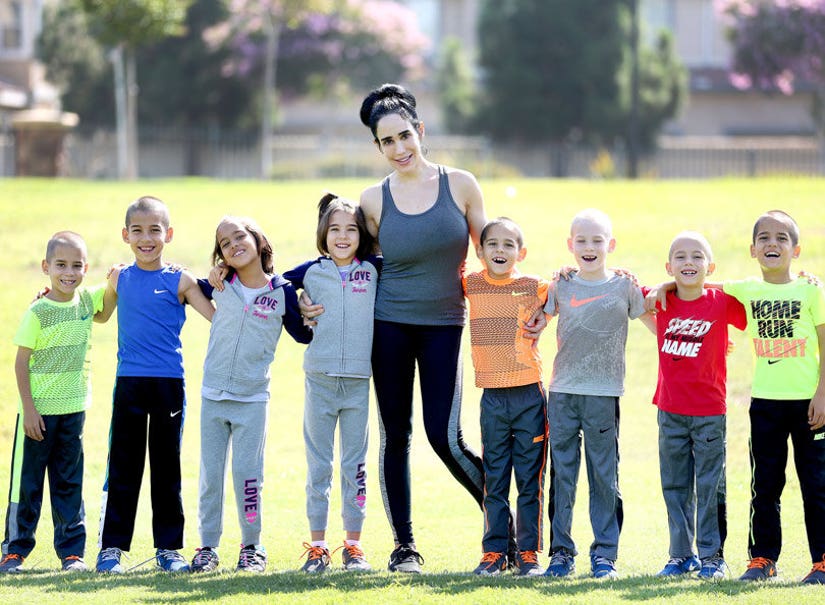 "No one hates Octomom as much as me."

Strong words from Nadya Suleman, who became a media sensation when she gave birth to octuplets in January 2009 ... when she was already a mom to six other kids.

Suleman, who has since changed her name to Natalie, just resurfaced for a new photoshoot with the eight children who made her famous and an interview where she tries her best to distance herself from her past.

She says she decided to do away with the "Octomom" persona for good after she came home to find her daughter Amerah running around her home in a pair of sexy heels. She moved the family to Orange County and has been working as a counselor and family therapist ever since.

"My kids know what I did as Octomom I tell them the truth," Natalie tells the publication. "I've told them I've done some very bad and shameful things and they say, 'It's okay mom we love you anyway and we'll always love you.'"

"I want that horrible, despicable character Octomom to be an example of what not to be," she adds.

Suleman is actually pretty active on social media -- check out more of her large family's best selfies and cute candids in the gallery above.

What do you make of her latest interview? Sound off below.