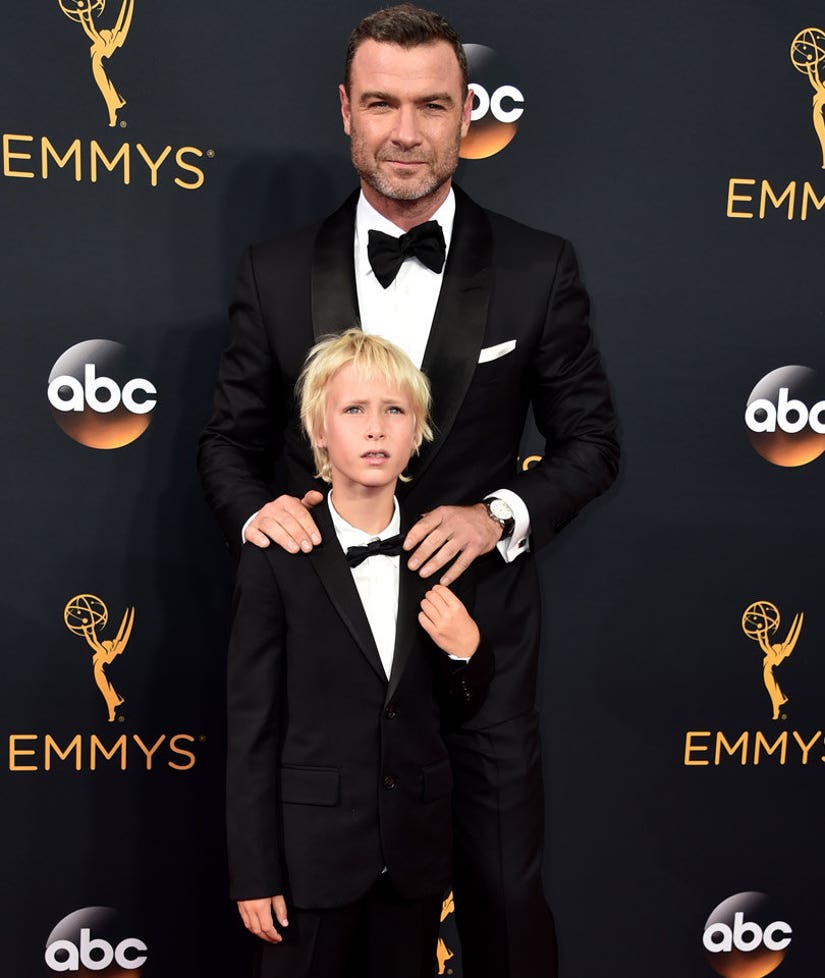 The actor and his little boy walked the red carpet together in matching tuxedos. The proud papa took the time to document their pre-Emmys routine via Instagram.

"Sash and me getting ready...," the 48-year-old captioned a sweet shot that showed his boy (nicknamed Sasha) looking up at his dad as the two dressed for the occasion. Schreiber suited up in Tom Ford and finished off his look with a Tiffany & Co. watch and cufflinks.

Schreiber, who was nominated for Outstanding Lead Actor for his work on the Showtime series "Ray Donovan" also took the time to give a shout out to hair stylist Cervando Maldonado, who presumably styled the dapper father-son duo's strands, on the 'gram.

The nominee lost in his category to "Mr. Robot" actor Rami Malek, but that didn't stop the Schreiber boys from getting their hands on an Emmy award during the evening.

"Boom! Time to go home. Nicked this one on the way out," he captioned a shot of his son holding the statuette.