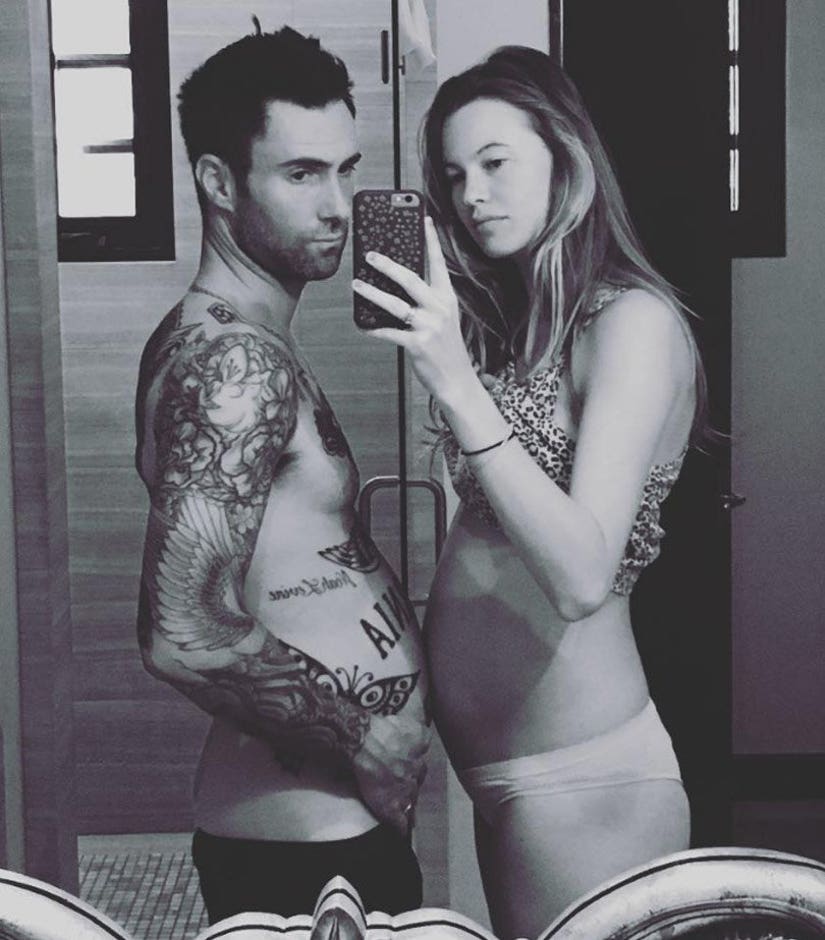 The Victoria's Secret model and Maroon 5 frontman named their daughter Dusty Rose Levine, according to "The Voice" star's rep.

Both have been active on their Instagram accounts throughout Prinsloo's pregnancy, sharing shots of the leggy lady's burgeoning baby bump.

"Week 20 and I'm finally popping!" Adam joked in a photo that depicted Prinlsoo and him pressing their respective "bumps" together. "#impregnanttoo."

During a recent appearance on "The Tonight Show" with Jimmy Fallon, Levine told the host that he was "super excited" about being a dad, and that having a child has always been "part of the plan" for him and Prinsloo.