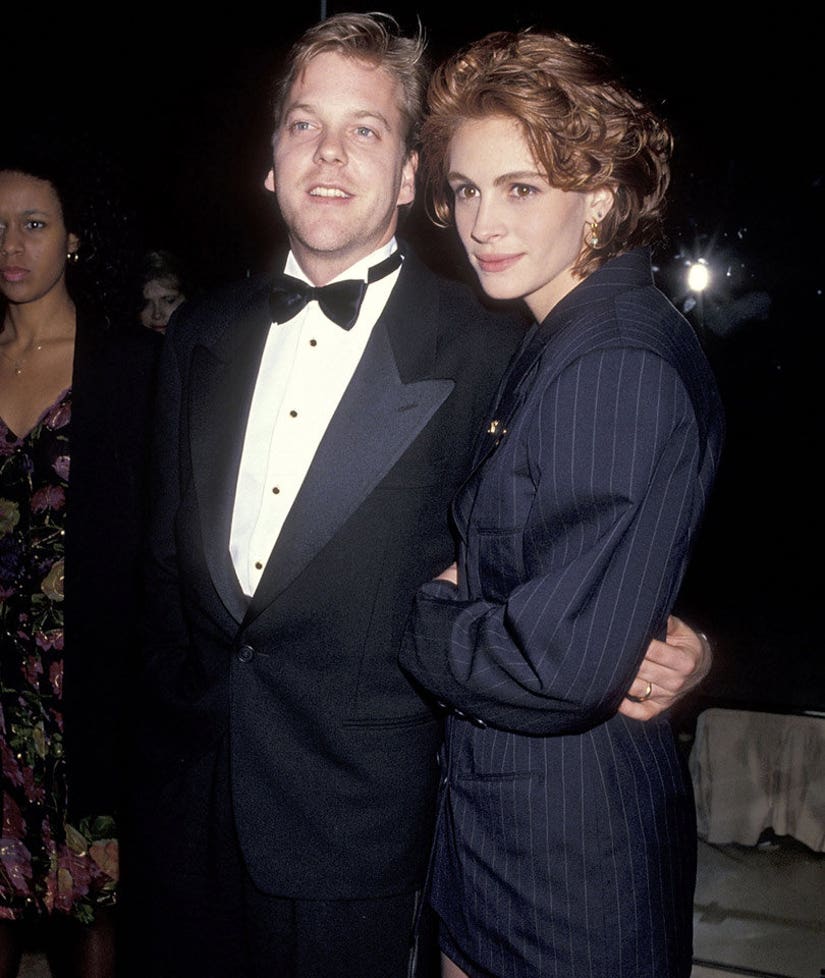 Kiefer Sutherland is reliving the details of his breakup with Julia Roberts—more than 20 years after it occurred.

Sutherland and Roberts were an It Couple back in the '90s, when they met and fell in love after starring alongside one another in "Flatliners." The two went on to get engaged, but the "Pretty Woman" star eventually ended the relationship.

But Sutherland is anything but a bitter ex. In fact, in a recent interview with PEOPLE magazine, the 49-year-old actually praised his former flame for her decision to call it quits on their romance.

"I think she was being realistic for herself," he said. "I think that's much better."

He went on to explain that the media attention their coupling garnered proved to be too overwhelming.

"We were young and we were both very much in love, we had decided that we wanted to get married, but then this other thing kind of took over," he explained. "She was arguably the most famous woman in the world, and this wedding that was supposed to be something between the two of us became something so big."

And Sutherland appreciates the fact the Roberts was able to walk away from the relationship despite the immense public scrutiny the pair was under.

"Then, in the middle of that, I think she had the courage – it wasn't what she wanted to do, in the end," he continued. "I think it took a lot of courage, even amongst all of that other stuff, to be able to say, 'I can't do this.'"

Roberts went on to marry and divorce country singer Lyle Lovett before tying the knot with her current husband, Danny Moder. Sutherland wed Elizabeth Kelly in 1996 but the pair divorced in 2004.