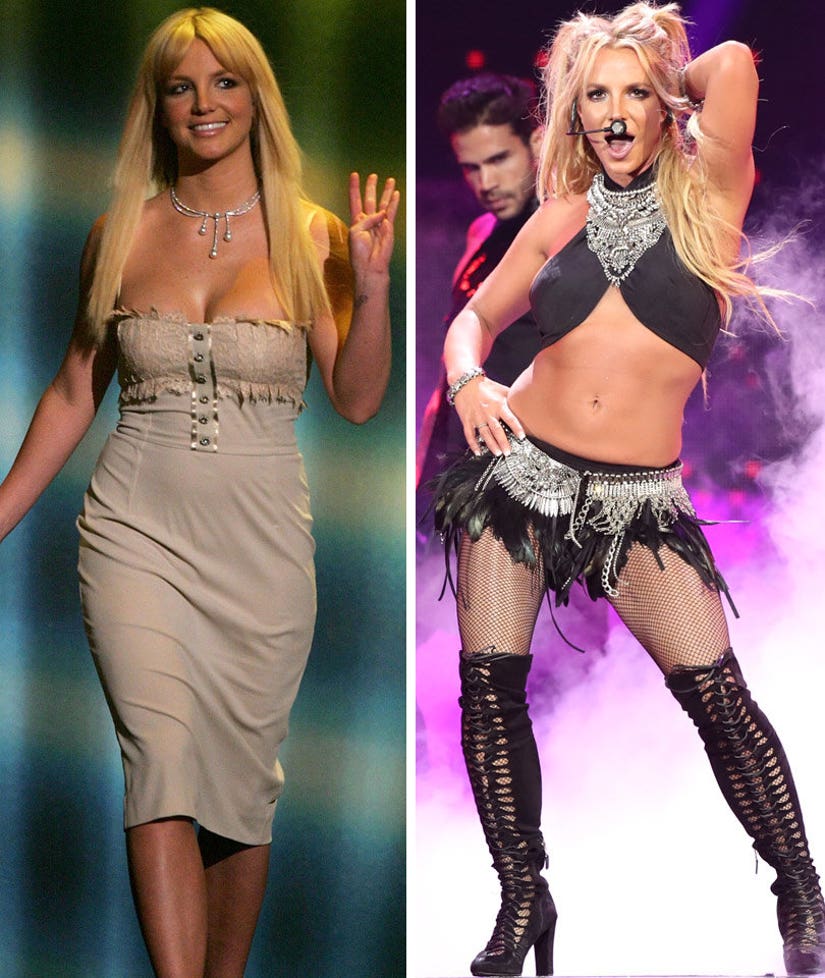 Britney Spears is the first to admit she's got some rough spots in her decades-spanning career.

Following her performance at the Apple Music Festival in London, Brit Brit sat down for an interview with Britain's ITV on Thursday, where she revealed why she's in a much happier place these days than her past.

In 2004 alone, when she was 22, Spears had a 55-hour marriage that was quickly annulled, canceled a tour after injuring her knee, and hooked up with backup dancer Kevin Federline before marrying him later that year. In 2005, the two welcomed their first son, Sean Preston, together and starred in one of the worst reality TV shows ever, "Chaotic." The duo would split the following year, after Britney gave birth to their second son, Jayden James.

In 2007, when she was 25, Britney went to rehab, shaved her head, attempted a comeback with a now-infamous VMA performance and lost custody of her children. When she was 26, the "Toxic" singer was placed under a 5150 hold and a conservatorship that remains to this day.

So, yeah, "horrible" is a bit of an understatement.

While she's had a string of relationships recently, including ex-fiance Jason Trawick, David Lucado and Charlie Ebersol, she's flying solo right now ... and totally feelin' it.

"It's okay to be single!" she said. "I'm in a really good place right now. I'm loving myself every day and learning who I am. It's awakening, it's cool."