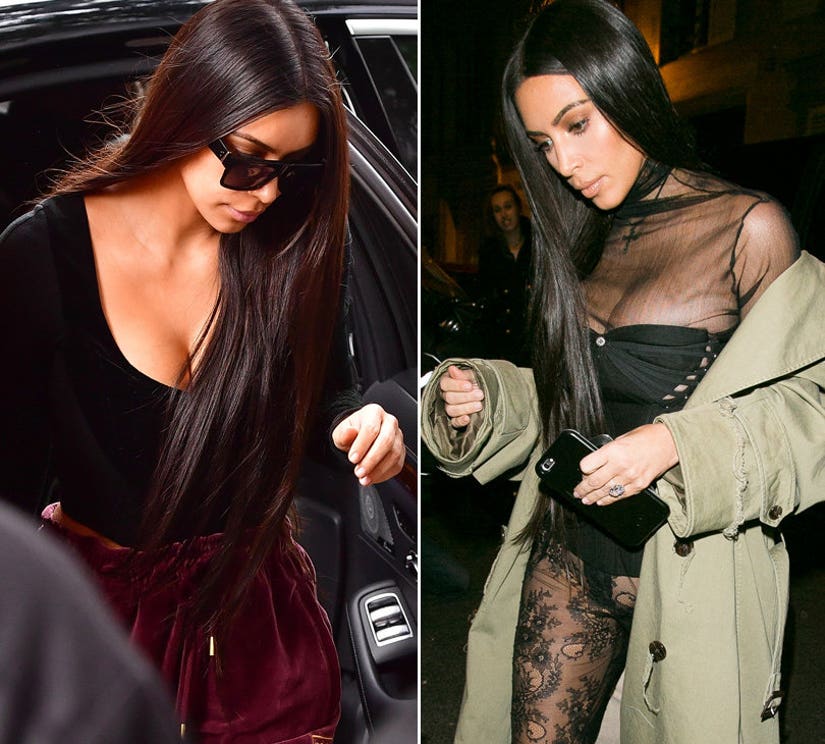 Kim Kardashian is safe and sound today after being robbed at gunpoint on Sunday night in Paris.

The reality TV star returned to NYC without one very pricey piece of jewelry on her hand (left), after two armed men dressed as police officers made off with a $4.5 million ring she just got from Kanye West (right).

According to TMZ, her attackers didn't speak English well, but kept saying, "ring, ring," and she "knew what they were after -- the new ring she got from Kanye."

The sparkler in question is the Lorraine Schwartz rock she wore almost every day in September, after Kanye gave it to her as a gift ahead of the 2016 MTV Video Music Awards. The ring is a whopping 20 carats and the emerald cut stone in the center is nearly flawless. It's also bigger and more expensive than her $1.3 million engagement ring, from Schwartz as well.

Kardashian was photographed sporting the bauble all week long at Paris Fashion Week and even shared a closeup of the massive diamond on Instagram just a couple days ago.

She was even seen wearing it while she FaceTimed with Blac Chyna right before the robbery.

A rep for Kardashian says she was "badly shaken by physically unharmed" after the incident ... with Kim reportedly calling the altercation "the worst moment in my life."