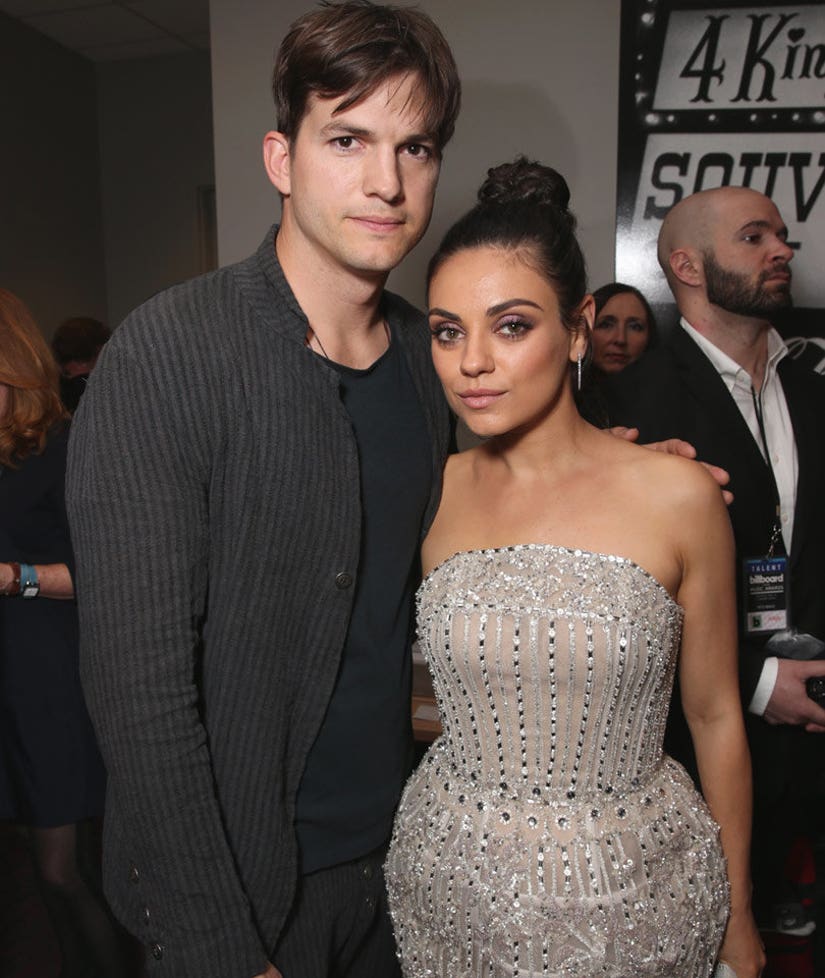 During his visit to the "Today" show, Ashton Kutcher revealed that his second child with wife Mila Kunis' will be a boy.

The former "That '70s Show" star was chatting with host Savannah Guthrie about whether or not daughter Wyatt understands she's going to be a big sister soon, when he let the gender of baby No. 2 slip.

"She points to Mila and she's like, 'baby brother' when she points to the belly and then she points to dad and she goes, 'Beer,' so I think she gets there's something in the belly but I don't quite think that she knows that it's not going to be a plastic doll yet," he told Guthrie.

But that's not all the 38-year-old opened up about. He admitted he's a bit stressed about the thought of having not one but _two _kiddos at home.

"I'm a little terrified to be honest," he admitted. "It's intensely scary."

Still, he isn't driving himself crazy with prep for his second bundle of joy.

"You have a recognition that they're pretty durable," admits Kutcher. "You're not going to break them."

It was a sentiment that he echoed during his visit to "The Tonight Show" with Jimmy Fallon on Wednesday.

"I'm worried. The first one, I almost became like a doula. I was reading every book. I was ready," he explained. "I had a catcher's mitt on. This one, I haven't done anything. I'm like, 'Well, we already didn't break the first one.'"

Watch the video (above) to hear more about Kutcher's parenting worries and to witness the unfortunate wardrobe malfunction he suffered while talking kids with Fallon.