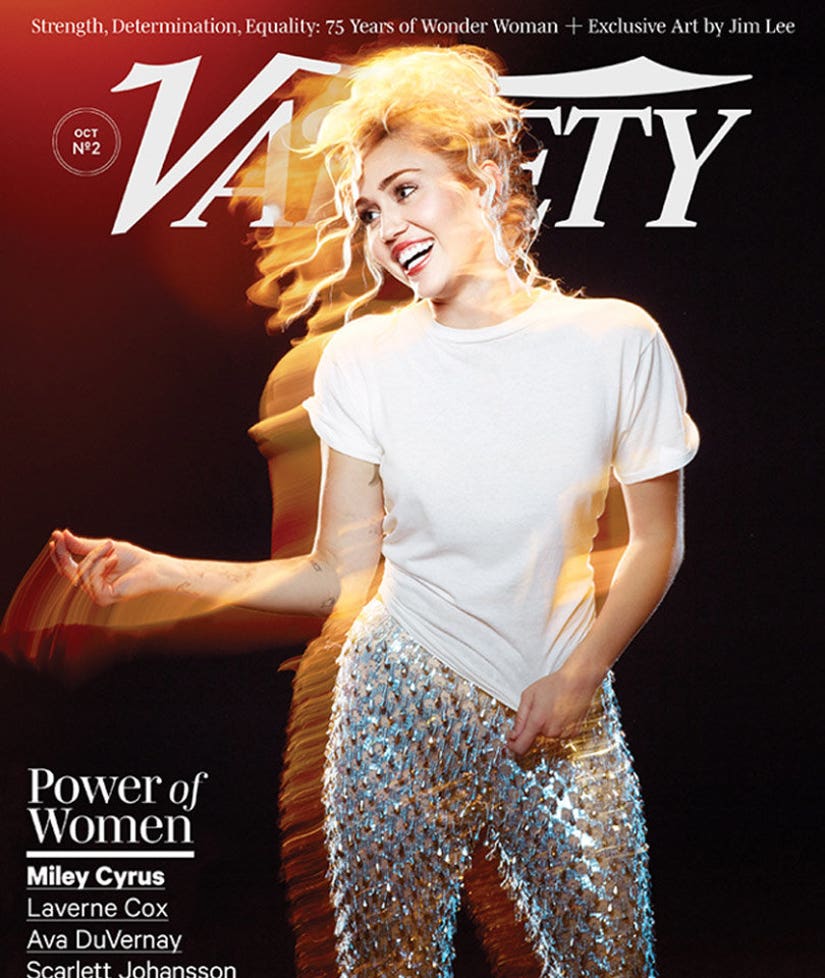 Miley Cyrus really doesn't hold back on anything.

The 23-year-old had no qualms about revealing her feelings on everything from her sexuality to politics in her cover interview for Variety's "Power of Women" issue.

Cyrus, a vocal advocate for the LGBTQ community, explained that she was drawn to work with the community because of her struggles with her own sexuality growing up.

"My whole life, I didn't understand my own gender and my own sexuality," she confessed. "I always hated the word 'bisexual,' because that's even putting me in a box. I don't ever think about someone being a boy or someone being a girl."

But from a very early age, the "Wrecking Ball" singer started to sort through her feelings regarding her sexuality.

"My eyes started opening in the fifth or sixth grade," she went on to say. "My first relationship in my life was with a chick. I grew up in a very religious Southern family. The universe has always given me the power to know I'll be OK. Even at that time, when my parents didn't understand, I just felt that one day they are going to understand."

She was also drawn to working with the LGBTQ community because she wasn't completely satisfied with her role as a pop star—particularly after her infamous 2013 VMAs performance, which saw her twerking against Robin Thicke and garnering many a headline.

"It was making me feel like I was living a dumb life—like I should just pick another job," she explained. "I didn't understand my power at that point. People listen because of who I am, so instead of being embarrassed, I should say: 'F**k yeah, I got the microphone.'"

And speaking of celebrity, Cyrus has some choice thoughts on some of the most well-known faces; she compared Republican presidential nominee Donald Trump to what is arguably the most famous family in the world.

"I do think there's something that goes with the Kardashians and Trump," said Cyrus, who made it clear she's voting for Hillary Clinton. "The Kardashians are better than Trump, because they are not trying to run the country. They are just trying to be famous, and that's fine. We are obsessed with celebrity. When Trump started this, I was laughing. I thought, 'It's not going to go anywhere; there's no way he'll be the candidate.'"

She also has some pretty diplomatic thoughts regarding famous director Woody Allen and the allegations of sexual abuse leveled against him.

"I live a similar life to Woody—I live a public life," said Cyrus, who worked with Allen on Amazon's new series, "Crisis in Six Scenes. "Until I know someone and I know their story, I never really judge anyone. That's kind of how I went into it," she explains to Variety. "From the way I saw him with his family, I never saw him be anything but an incredible person and a really great dad. People might slam me for saying that. I'm sure it was a hard time for that family. My family has been through hard things, and I think everyone's suffering is different."