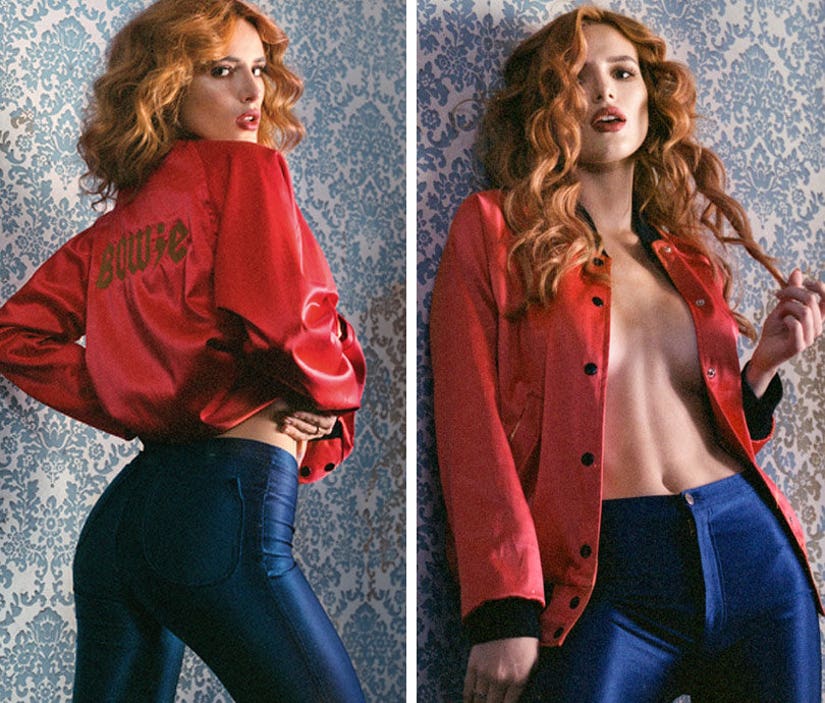 Another Disney star is breaking free of her child star image ... and her clothes ... for Playboy.

Bella Thorne -- who got her big break on "Shake It Up" -- strips down for the November 2016 issue's "No Filter" page, a segment highlighting "a woman who's making waves in entertainment."

Thorne, 19, has a ton of projects on the horizon, including an "Amityville Horror" sequel, a film with Patrick Schwarzenegger and this month's "Boo! A Madea Halloween." She's also been making headlines recently for her relationship with "Teen Wolf" star Tyler Posey.

Thorne flaunts her booty and bare breasts in the issue, preserving her modesty with a perfectly-snug David Bowie jacket. Inside the issue, she opens up about her haters, specifically ones who tell her to cover up.

"People often don't want to get to know the real you; they only want to get to know the person they think you are. For me, that means people are constantly trying to change me, every second of the day, especially on social media," she writes. "I'm not fed up with social media -- I understand it -- but people like to comment on how my image is too edgy, that I'm too edgy, and on how they wish I looked."

"To them I say, f--- off," she continues. "There's this effort to try to shame a woman's sexiness by pulling a cover over it, but I'm a woman who loves skin. I love skin on me, I love skin on girls, I love skin on guys. If you're confident enough to show off your body, you should."

"I'm not going to change for anybody else," she says in closing. "I love staying true to me."

Click here to see more of her sexy shots. The November issue of Playboy hits newsstands on October 25.