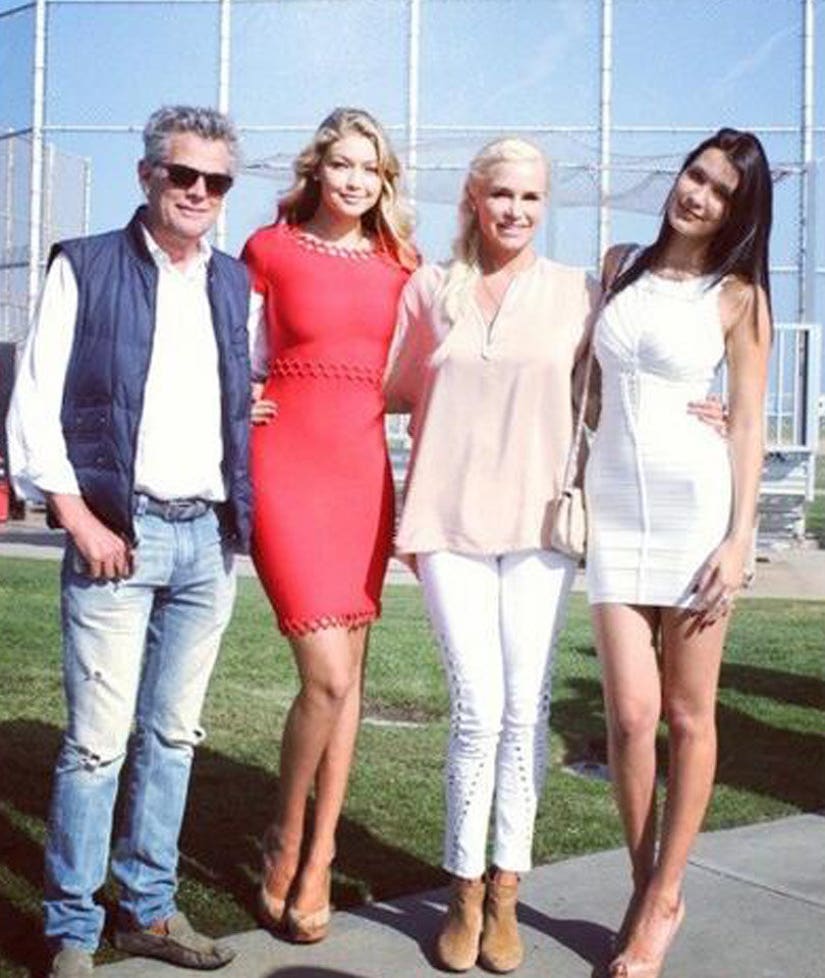 Gigi Hadid is one lucky lady!

The model gets candid about her pre-runway life in a new interview with W magazine, where she opens up about attending her high school prom (all four years) and what she wore.

While Hadid could have worn anything, she borrowed her prom dresses from her model mama, Yolanda Hadid.

"I wore my mom's stuff to prom," Hadid tells the mag. "I never bought anything for prom. I never owned anything designer until I started working."

"My mom had a beautiful closet and I kind of would play dress up, but she gave me an old vintage Prada bag for my 18th birthday and that was the first designer thing I'd ever owned. My senior year, I wore a red Herve Leger dress. Not the normal bandage, it was the one where they had the short sleeves and a beautiful braided neckline and stuff. I loved it. It was red, bright red and short."

"In Malibu, we wear short dresses to prom because we live at the beach," she reveals. "The long dress thing gets a little in your way in the sand and stuff."

The "Real Housewives of Beverly Hills" alum shared a shot of Gigi and her sister Bella before their prom on Twitter back in 2013 (above).

And while she's one of the biggest names in fashion today, Hadid says her dates were not nervous at all.

"No, because I was just a girl they went to school with. Before I started modeling, I was more into photographers. I studied a lot how models made pictures in the sense that you have to be a positive part of a picture and make it better," she explains.

"And that's what is really important for me on set. There's some people that are bad at looking at monitors and some people that are good looking at monitors. And monitors really help me because I'm able to look at a picture and see where I fit into it, see what I can add to the picture instead of just being a person that's on the page," she reveals. "But the runway thing, it's funny because obviously I'm not the best on the runway. But what do you do? When you're the face of a brand you show up to the show. My first show people were already expecting a lot more from me than I [was capable of at the time]. I never was taught how to walk on the runway."

"And maybe that's because it moved really quickly for me, that people just assumed that that was something I knew," the 21-year-old muses. "So, you know, a year and a half later, I'm still learning. I got some compliments on my Tom Ford show, so I'm getting better. I'm working on it, but I'm human. I still get insecure on the runway, but it's really exciting for me because I want to get better. I love being on the runway."

What do you think about Gigi's comments? Sound off below and check out the gallery above to see more of Hadid's best modeling shots!