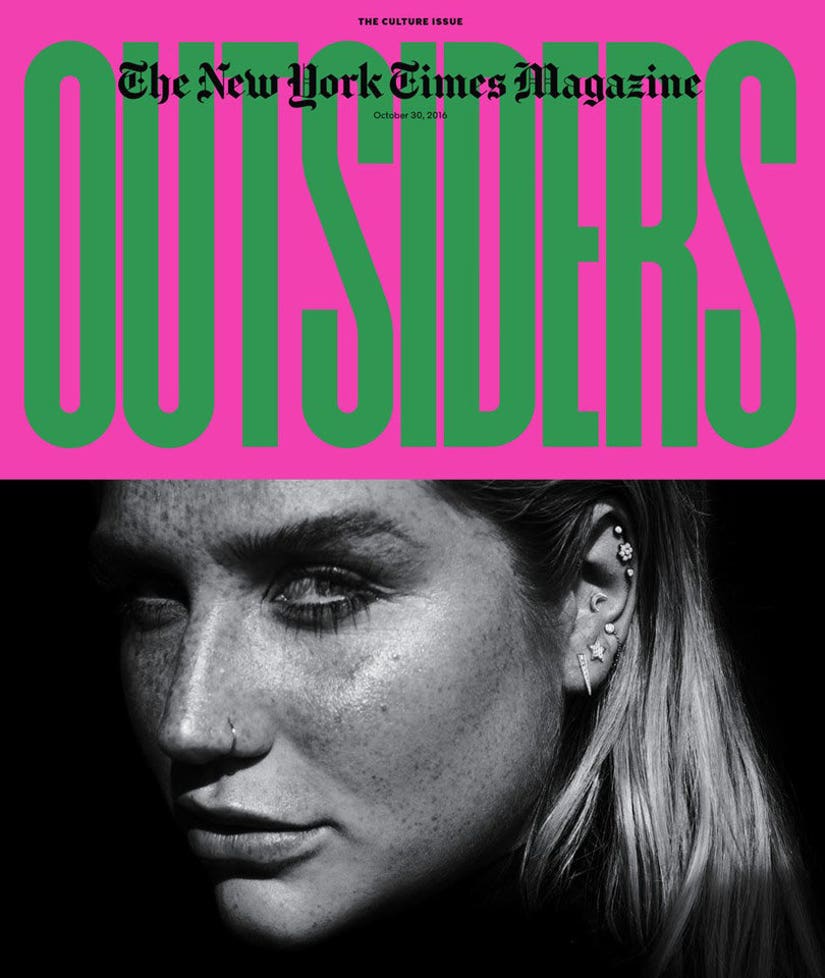 This article is part of a continuing coordinated press campaign by Kesha to mislead the public, mischaracterize what has transpired over the last two years, and gain unwarranted sympathy.

Kesha filed a shock and awe complaint of alleged abuse against Luke Gottwald in 2014 -- for contract negotiation leverage. It backfired.

She never intended to prove her claims. She has voluntarily withdrawn her California complaint, after having her counterclaims in New York for alleged abuse dismissed.

Nevertheless, she continues to maliciously level false accusations in the press to attack our client.

The reality is that for well over two years, Kesha chose-and it was entirely her choice-not to provide her label with any music.

Kesha was always free to move forward with her music, and an album could have been released long ago had she done so.

It was not until months after the denial of her injunction motion - for the first time in June and July 2016--that Kesha started to provide the label with music.

She provided 22 recordings created without any label consultation which were not in compliance with her contract, were in various stages of development, and which Kesha's own team acknowledged needed work. Then, and for the last several months, the label has been in discussions with Kesha and her team to choose the best music, create additional music, and work on the tracks created.

A&R representatives of both Kemosabe and RCA have provided Kesha with detailed feedback in writing and in person on the tracks she provided to help her further develop the material. Kesha has also agreed with Kemosabe and RCA on a list of producers who will work with her on these tracks, a studio has been reserved for these sessions, and a budget for certain work provided.

The creation of an album is a process, however what has clearly been communicated is that the aim is for a release date as early as possible. It is in the economic best interest of the label and Mr. Gottwald to put out a top selling album, and that takes time. In fact, the label suggested an early release of an advance Kesha track. It was Kesha's team who rejected this proposal.

Kesha's claim in the article that she has no ability to earn money outside of touring is completely rebutted by well documented public court records which apparently escaped the article's attention."

Kesha has had a tough few years.

The pop star opens up about working with Dr. Luke -- who she's still in the middle of a legal battle with -- in the new issue of New York Times magazine.

During the candid conversation, the 29-year-old reveals how the record label and Dr. Luke tried to shape her image, even when she wasn't on-board with their ideas.

"Something that was always told to me is: 'You're fun. We're going to capitalize on that.' I was like, 'I am fun, but I'm a lot of other things.' But Luke's like: 'No, you're fun. That's all you are for your first record,'" she tells the mag.

The blonde beauty also says that the music mogul played a major part in some of her biggest hits, where he strategically tried to dumb down the lyrics.

"I remember specifically him saying: 'Make it more dumb. Make it more stupid. Make it more simple, just dumb.' I was like, O.K., 'Boys try to touch my junk. Going to get crunk. Everybody getting drunk,' or whatever, and he was like, 'Perfect.'" she says of her hit single "Tik Tok."

And at the height of her fame -- and alleged abuse from Dr. Luke -- Kesha says she almost killed herself.

"I was under immense pressure to starve myself," she confesses. "And I tried to and almost killed myself in the process."

"As you grow up and you grow awareness, some say ignorance is bliss, and in some ways, it is, but once you realize and you gain knowledge, it's there, and you can't deny it," she explains.

"And now I'm very much aware of things that I wasn''t before, and it keeps me more accountable for my actions," she adds.