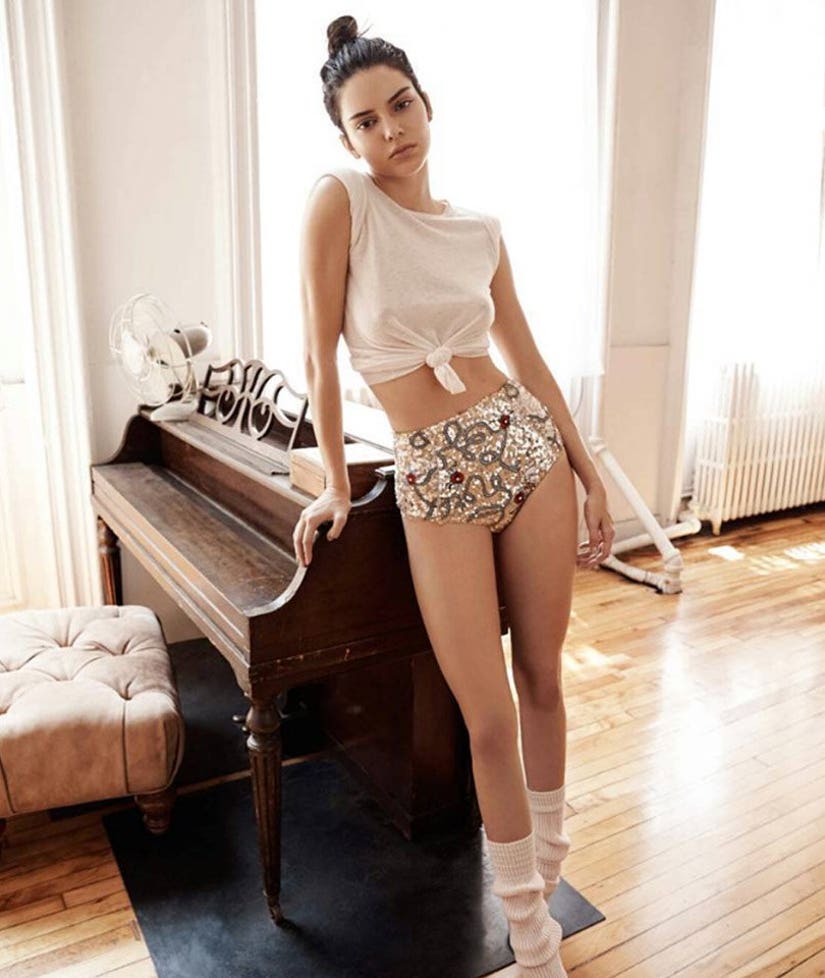 Kendall Jenner is just trying to do her job, people.

At least, that's the message she had for haters of her ballerina-themed shoot for Vogue Espana—that and the fact that they should consider focusing on more important things.

ICYMI, when the "Keeping Up with the Kardashians" star posted a video of her shoot to her Instagram back in September twirling and striking poses, many pro dancers took to social media to blast the 20-year-old for her lack of technique.

And today, the brunette beauty took the time to finally address her critics via her blog.

"It's so funny that people are getting pregnant and married—or having crazy drama—but my drama is ballerinas being upset at me! With my Vogue Spain shoot, I didn't even know I was going to be a ballerina until I went into hair and makeup," she wrote. "I never said I knew ballet and I didn't practice beforehand. I just show up to do my job!"

The leggy lady goes on to point out that she admires ballerinas and other women who are killing it in their field.

"I have so much respect for women who do their jobs really well and would never purposely try to offend anyone," she went on to write. "It confuses me how people can get that upset when there are so many important things going on in the world. But, it's obviously not going to stop me from working hard and being me."

No word yet on whether the dance community thinks the young model's argument is, ahem, en pointe.