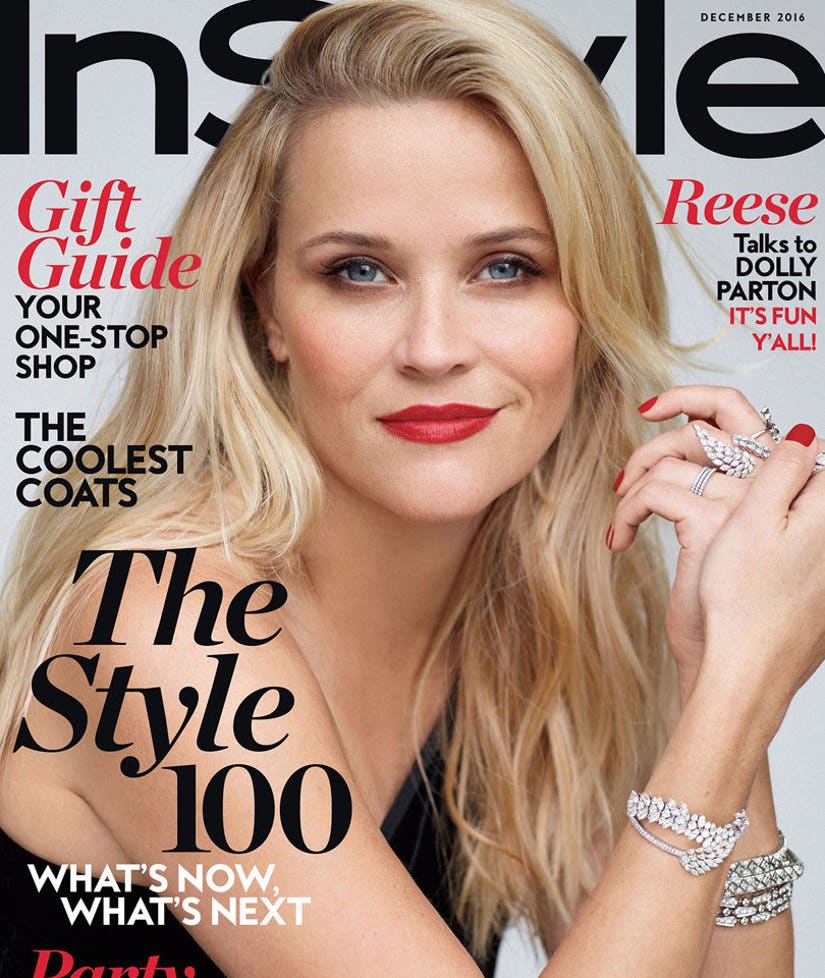 Reese Witherspoon has no problem being a great mom and a great businesswoman!

The actress opens up about her career in the December issue of InStyle, where she says that being a working mom has been great for her kids.

"My mom worked, and I think it's good for kids to see women working and being successful," the 40-year-old tells the mag.

"I think it's going to make them hard workers because they see that I don't get much sleep," she adds.

Witherspoon -- who is a mom to kids Ava, 17, Deacon, 13, and Tennessee, 4 -- admits that being a career woman and a mother of three isn't exactly easy.

"I'm just trying to hold on, trying to make it through," she jokes. "My older kids help with the little one. It's nice to have a big family."

The "Wild" star hopes that by seeing how driven their mom is, her children will have that same enthusiasm for life.

"I want them to grow up with passion," she adds. "This is the one life you get, and you have to live it to the very end."

The blonde beauty also says she's loving having more control of her career and the ability to pick what projects and with whom she wants to work with.

"I've realized that life is too short to spend my time with anybody who doesn't appreciate me, treat me with respect or bring value to the relationship," she says of her age. "I'm much more confident now, and I feel like I have the ability to say, 'Nope, I don't want to work with that person.'"

Though the "Cruel Intentions" star has been acting over two decades now, she still very much enjoys the thrills of taking on a new character and trying new things.

"I've been acting for about 25 years, and I still love it, but I like the challenge of trying something else too," says Reese. "I find there are a lot of people talking about New York and Los Angeles, but there's a whole world out there in between, and that's who I like to tell stories about and make products for — people who love the life they have and have a sense of style that's uniquely their own."