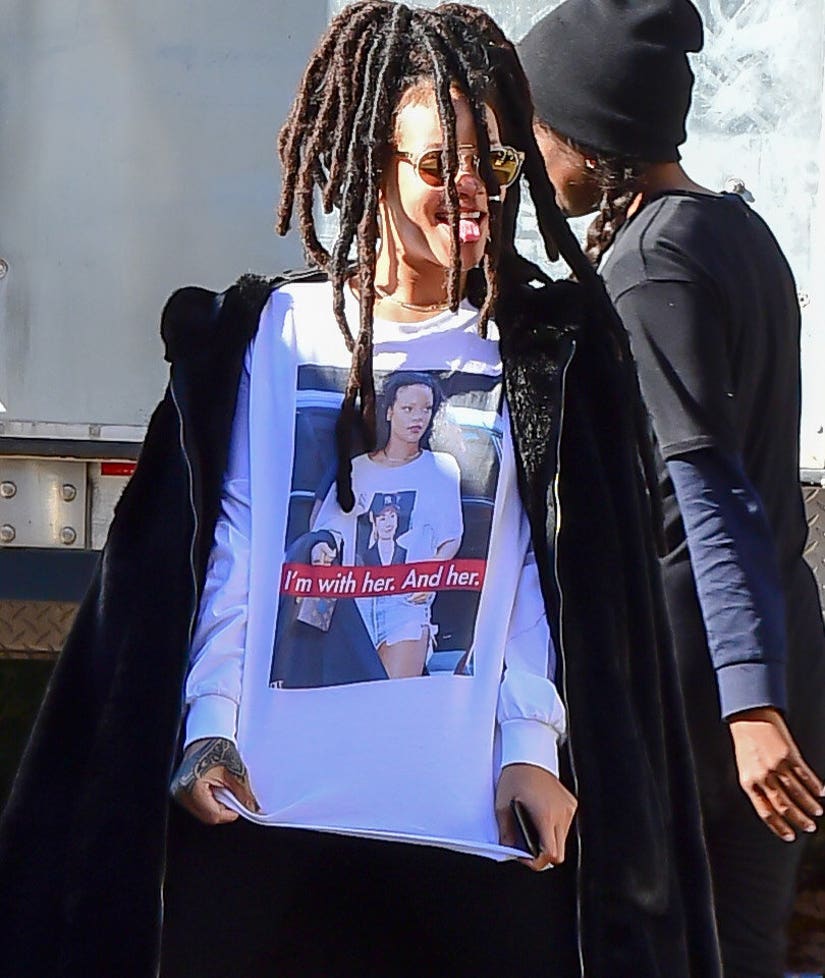 Could anybody else but Rihanna get away with this look?

The "Work" singer was spotted on Election Day in NYC wearing a very telling t-shirt while heading to the "Ocean's 8" set.

Underneath her long jacket, the dreadlocked beauty proudly flaunted a $60 Base DTLA crew neck sweatshirt featuring a photo of Rihanna herself wearing another t-shirt with a photo of Hillary Clinton on it. How very meta, right?

The caption on the shirt reads, "I'm with her. And her." So, yes, Rihanna is with herself today.

Riri also shared a closer shot of the top on her Instagram page, adding the caption, "#VOTE bih."

At the Made In America festival back in September, the Barbadian-born singer said she won't be voting in this election because she's not a U.S. citizen. "I wasn't made in America. I can't vote, so y'all gotta do that for me," she told the crowd, before showing them how to register on their phones. "Hillary didn't pay me to say that, I promise." Check out the gallery above to see more photos from the "Ocean's" set, including pics of **Sandra Bullock**, **Cate Blanchett**, **Mindy Kaling** and **Helena Bonham Carter**. To see more stars who voted today, click through the gallery below! 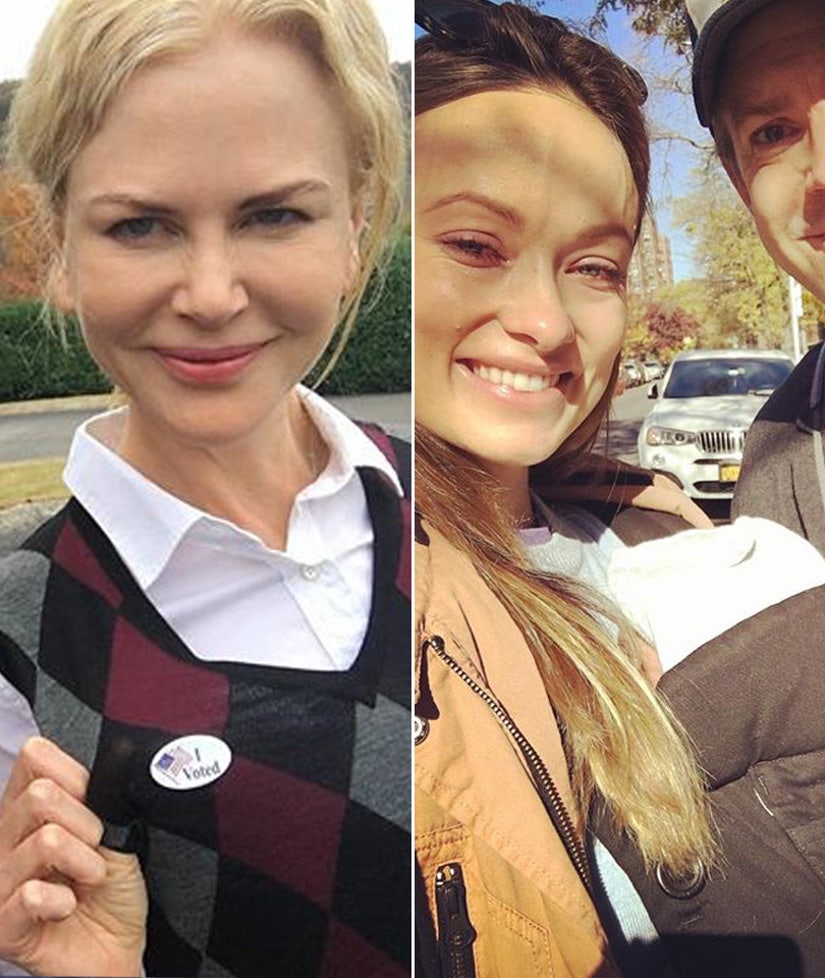