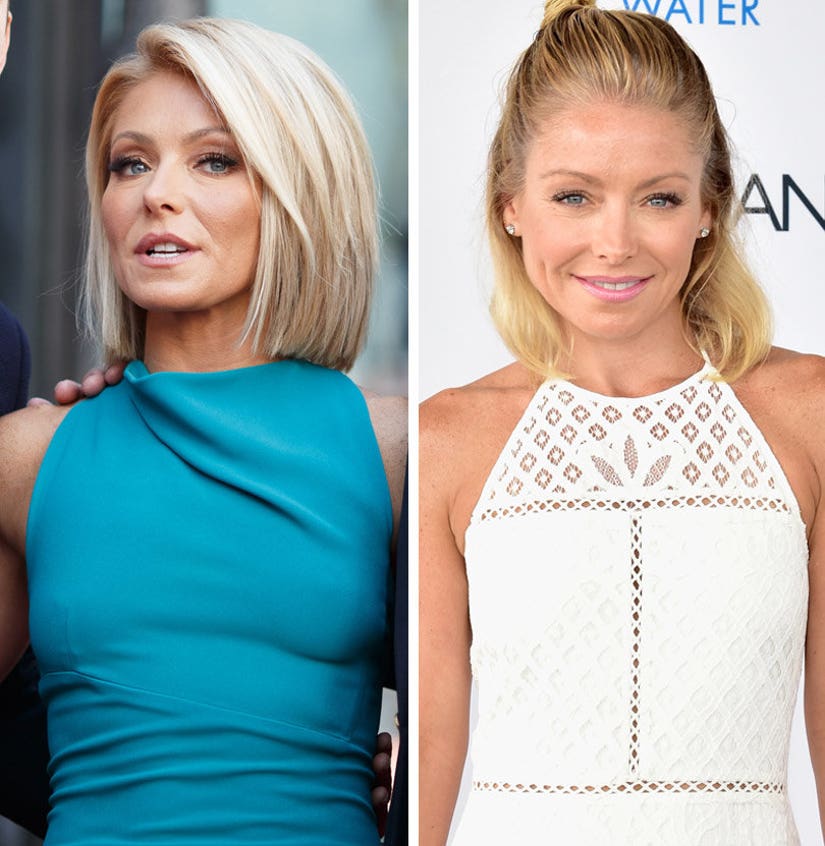 Kelly Ripa just got real when it comes to Botox.

While the "Live with Kelly!" host has been open about the beauty treatment in the past, on Wednesday she exposed the potential downside of using it.

When discussing the "good" and "bad" sides of her face with guest co-host Megyn Kelly, the 46-year-old decided to share "a story I've never told anyone."

"I got Bad Botox about, what was it, a year ago?" she admitted. "It's bad and it did something to my good side, so then I had two bad sides!"

Though she didn't get into specifics -- saying, "I won't talk about it beyond that" -- Ripa revealed she's only just "starting to look like" herself again.

"There was about a 6-month period where people were like, 'What's wrong with Kelly, she's not smiling anymore?' I was like, 'I am smiling,'" she mused.

"Being in the public eye is so fun," added Kelly.

Ripa first opened up about getting Botox back in 2014, during an appearance on "Watch What Happens Live."

"It's cut my getting ready time in half," she said. "I'm not advocating for it one way or the other. I'm just saying Botox changed my life."

"The key to everything is knowing what you look like and being a minimalist," she added. "Your cheeks are not supposed to block out your eyes when you smile!"

Looks like she may have momentarily forgotten that last bit last year ...