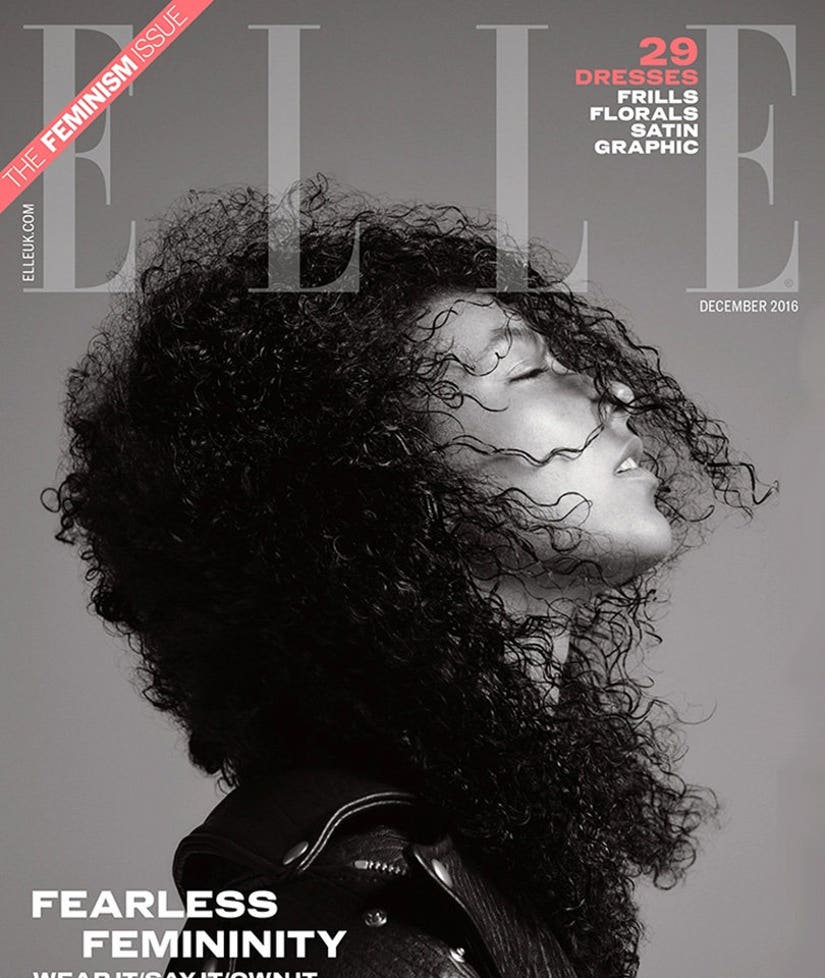 The fresh-faced star interviewed with Elle UK, where she talked about her skin, and why she's been makeup-free for so long. The "Girl on Fire" singer also revealed that her complexion is so much better since she opted out of the extreme face paint, and that she's not likely to go back.

While she does still sport some makeup, she keeps it extremely minimal and looking as natural as possible.

"It took me forever to get this skin. I mean, I know how it feels to have a face full of bumps and pimples. I lived through that in the public eye. But when I first got pregnant [six years ago with her son, Egypt] I started to eliminate dairy from my diet and drank a lot more water, which made a huge difference to my skin," she tells the mag.

"I died laughing at [the 'movement' being called a crusade]. I used to feel the pressure to appear as the music industry expected, but I don't now," she admitted.

She credits her mother for her resilience and determination, her grandmother for loving people and identifying with them, and vehemently agrees that she is a feminist.

After reading the definition of "feminist" aloud ("The advocacy of women's rights on the ground of political, social and economic equality"), she says, "Yes, I am a feminist, and whoever isn't is crazy. It's about owning your power, embracing your womanhood."

Check out the fabulously fresh-faced Elle video below and weigh in on the comments -- this is definitely a movement we can get behind!