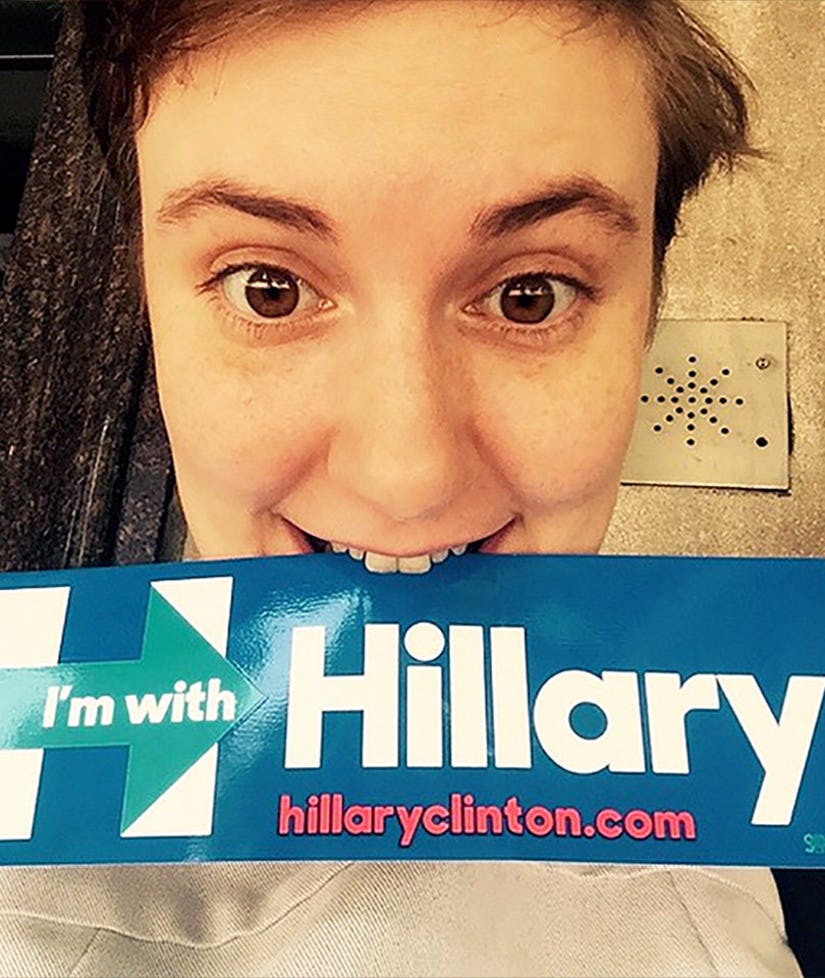 Lena Dunham sure has some pretty powerful words about president-elect Donald Trump!

In her brand-new Lenny Letter titled "Don't Agonize, Organize," the "Girls" actress said, "In this new reality, we have all been radicalized. It's no longer a word for those living on the fringes."

"It's a word for everyone who walks in pain with the results of this election," she claimed, "who feels their identity being crushed under the weight of the half of the country who voted for a man who denounces and denies the basic rights of women, the queer community, immigrants, Muslims, people of color and the differently abled.”

"It is painful on a cellular level knowing those men got what they wanted," she explained, "just as it's painful to know you are hated for daring to ask for what is yours. It's painful to know that white women, so unable to see the unity of female identity, so unable to look past their violent privilege, and so inoculated with hate for themselves, showed up to the polls for him, too."

As for her champion, Hillary Clinton, Lena warned that the work propelled forward by the Senator is not finished. "The work isn't done. It is only beginning. We will stun ourselves with what we are capable of. We will laugh with surprise like kids who finally threw a punch back at the schoolyard bully."

She also recalled the moment she knew that Clinton had lost the race, and the harrowing fallout.

"The three hours I spent at the Javits Center Tuesday night, surrounded by campaign staffers and fellow surrogates for Hillary Clinton, are blurred and spotty," she recalled. "At a certain point it became clear something had gone horribly wrong."

"Celebrants' faces turned," Dunham remembered. "The modeling had been incorrect. Watching the numbers in Florida, I touched my face and realized I was crying. 'Can we please go home?' I said to my boyfriend. I could tell he was having trouble breathing, and I could feel my chin breaking into hives. Another woman showed me her matching hive, hidden by fresh concealer."

"By the time [my boyfriend and I] made it over the bridge, a friend called. 'It's over, she said.'"

The emotional roller coaster hadn't even begun to peak, however, according to Lena's letter. "At home I got in the shower and began to cry even harder. My boyfriend, who had already wept, watched me as I mumbled incoherently, clutching myself. 'It wasn't supposed to go this way. It was supposed to be her job. She worked her whole life for the job. It's her job,'" she recalled saying.

She continued expressing her gratitude for the Senator's work, and said, "Thank you, Hillary, for bravely taking every shot and standing tall, for weathering assaults from every direction, for telling us that no, this wasn't politics as we know it, and no, you were not going to let a chronic interrupter with a limited vocabulary of catchphrases stop you from speaking coherently about your dreams for this country."

Of course not all the reaction to Trump's win has been negative. Click through the gallery above to see how some of his supporters reacted, as others offered up messages of hope after the election.