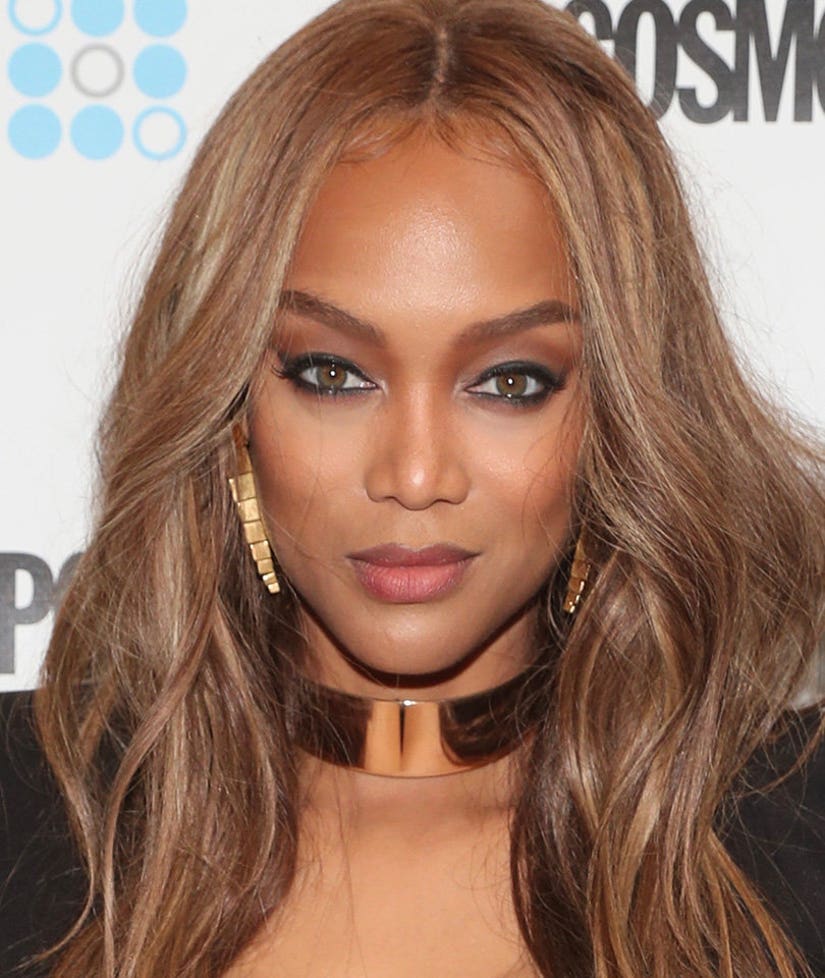 Supermodel Tyra Banks claims she began exfoliating when she was just a wee baby ... and judging by the complexion on that gorgeous skin of hers, we believe it!

In a new interview with People, Banks revealed the unbreakable beauty rules for her life. Rule number one? Stick to your ticket. Tyra reveals that once you have a regimen in place, don't deviate, and don't give it up.

"I'm guilty of going to bed without washing my face, like when I'm lying [down with] my son and just want to conk out for the night," Tyra admitted. "That's why I wanted to create delightful skin-care products for my beauty line. My new cleanser removes makeup and has a silicone scrubber that massages the skin. It makes me want to wash my face."

"A lot of people have told me that I look younger than I am," she revealed. "I really think it's because I started exfoliating at birth! I do it every night because I love that deep-clean feeling. My mom always told me it doesn't matter how much makeup you wear, if the canvas isn't right, you're going to look clumpy, lumpy, patchy and dry."

Tyra also recommends being free and fearless with your hair.

"I don't look at hair as hair," she said. "I look at it as an accessory, like a hat that you put on and take off. So I've been wearing a lot of wigs. My assistant thinks that my son is going to pull off my wig in public because he holds my hair like reins on a horse. I pin it on really well so it doesn't move, but I feel like one day it might, just a little bit." It's okay, girl -- happens to the best of us!

The former "America's Next Top Model" also revealed how her baby boy, York, has done a number on her beauty routine as well.

"My son is teething, so some nights I barely sleep," the supermodel candidly said. "The next day my face will look swollen and I'll have bags under my eyes. My trick is to use my Instant Gratification mask to illuminate and smooth my skin. Then I walk into my office, and everyone's like, 'You look great!' I'm like, 'What? I slept for two hours!'"

Whatever Tyra's doing -- or not doing -- is absolutely working for her. The 42-year-old model looks half her age, and sounds it, too.

Check out more fresh-faced beauties in the gallery above!