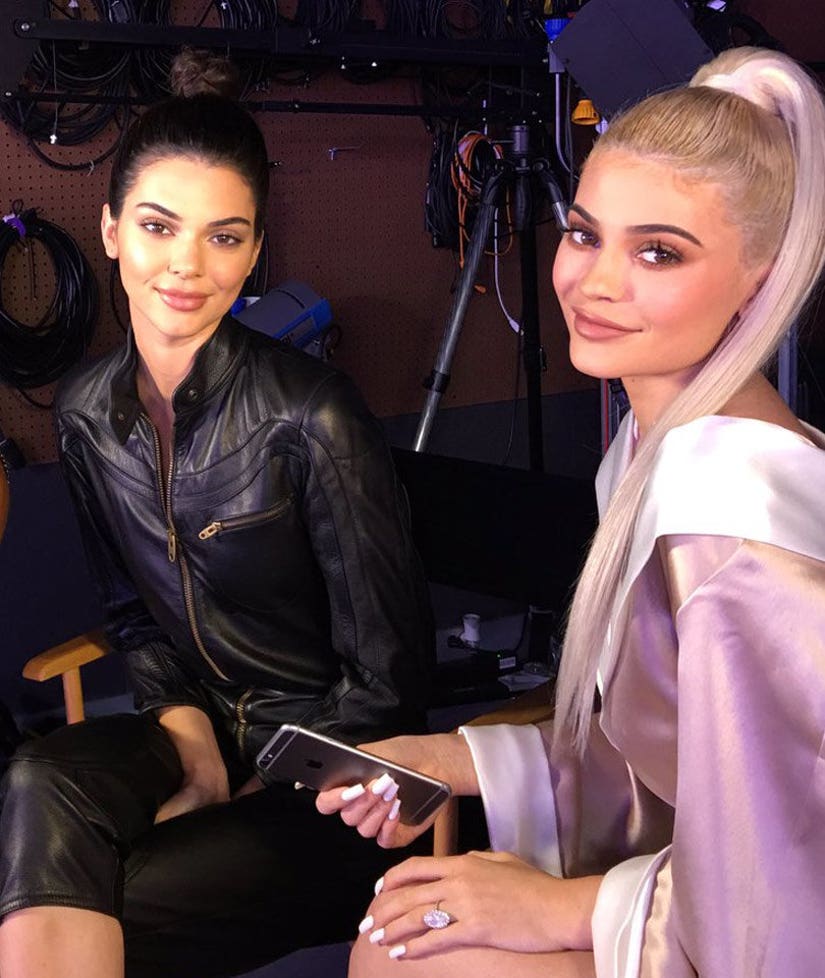 The Internet went wild on Monday after the 21-year-old was spotted with a noticeably plumper pout -- as many speculated she got her lips done just like Kylie Jenner.

The reaction started when Kendall posted the above photo on her Twitter page, showing the two sitting down to do an interview about their new book.

And it's true -- her lips do look bigger than usual.

Kendall to Kylie: you look like a clown with those lips

Kendall got her lips done

Me and the rest of America : pic.twitter.com/LTCp21vLdU

Kylie and Kendall got that two for one sale with their new matching lips pic.twitter.com/keyGokVHcO

Kendall has deffo had her lips done 👀 pic.twitter.com/OiLwvIdOMe

Kendall getting her lips done just reminded me that I'm black & don't have those problems. Wild.... having to buy lips.

Well, according to Kylie herself, her model sister did not pay a visit to the skin doctor ... and instead just got a makeup makeover.

"Kendall let me over-line her lips today with lipliner and everyone thinks she got lip injections," Kylie said in a Snapchat featuring her sis. "I'm sorry Kendall!"

Of course, the 19-year-old reality star used to say she over-lined her lips before finally admitting she got injections.

When Kylie did cop to the procedure, Kendall expressed concern at the time, supposedly telling her sibling that they were "too big."

"No one needs anything, everybody's beautiful," she added. "You guys don't need to worry about this so much."