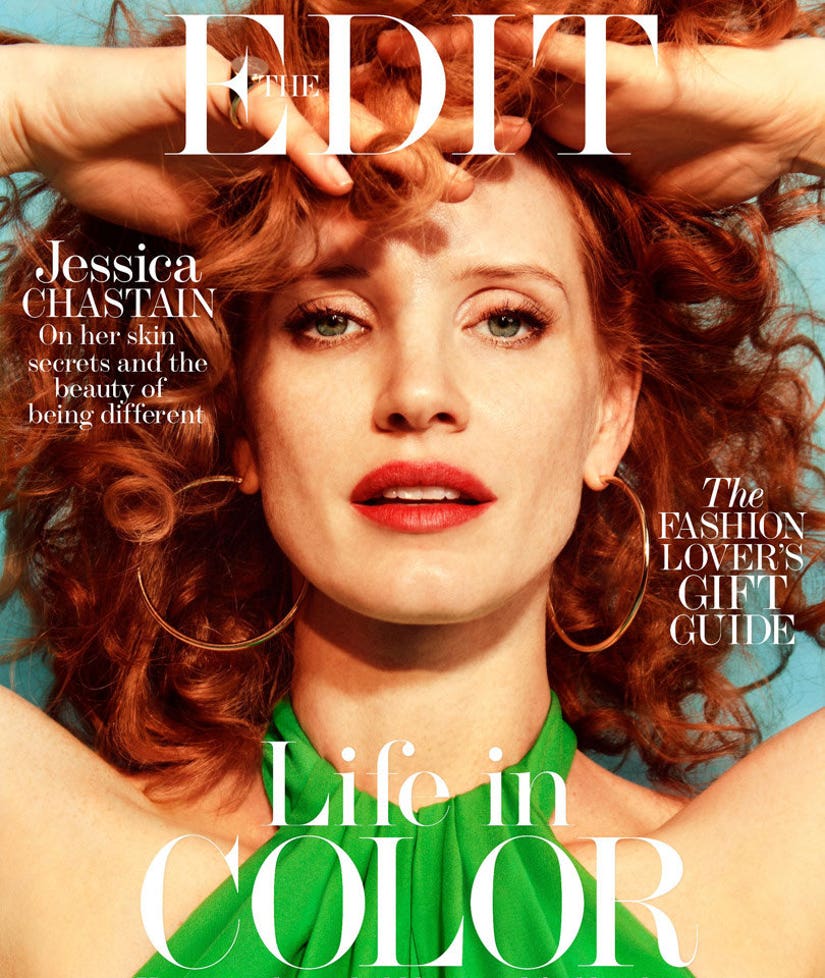 Clearly, Jessica Chastain is an optimist.

The red-haired beauty covers new issue of fashion magazine The Edit, where she reveals why Donald Trump could actually benefit women, gives her two cents on plastic surgery and opens up about her teenage self-esteem issues.

Though President-elect Trump is arguably one of the most polarizing presidents we've ever had, the "Crimson Peak" star says his presidency could actually be a good thing for feminism.

"I think [Trump] being so popular is really an example of why feminism is so important," says Chastain. "Unbeknownst to him, he is bringing it all to the forefront, and I am very grateful for him in doing that. You have to look at the world in a positive way otherwise you just want to cry."

Besides keeping an open mind to Trump, the 39-year-old "Martian" star likewise says she's not against going under the knife.

"Who knows? When I'm 50 or 60, I might," Jessica says of future cosmetic surgery endeavors. "Some people think I've had a nose job. I've never had anything like that done, but I have no judgment of anyone that does."

For now, Jess works hard to take care of her skin. "So much comes down to the food you eat and I eat a very clean diet," she admits. "Being vegan has made a huge difference in my life."

While the Oscar-nominated actress has been dominating the big screen, confidence is something she used to lack.

"I didn't like looking different," Chastain confesses. "Being a redhead, you can't fit into the group. I wanted to be blond so bad. I had really bad self-esteem and I asked my mom if I could dye my hair but she wouldn't let me."

Check out the gallery above to see more leading ladies then and now.