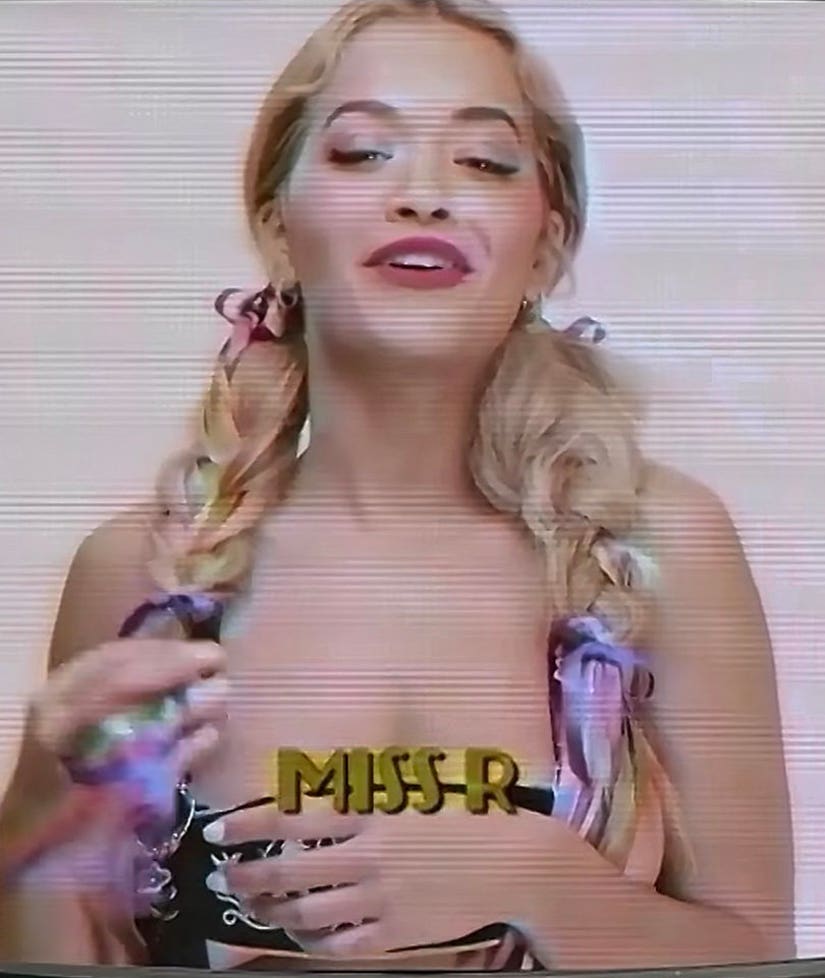 In today's Love Magazine Advent Calendar video, the one and only British-born Rita Ora took main stage, but she wasn't alone!

Two others joined her on the set, and they were beauties named Margarita and Conchita ... coincidentally rhyming with "Rita!"

The women, of course, are duplicates of Rita herself, and naturally, are every bit as beautiful. The "three" then engage in a rousing dance routine set to "The Boogie Woogie Bugle Boy of Company B."

Rita's modesty is only protected by the straps of her shortie jumper onesie, though the other two are more meticulously and moderately dressed in traditional Swedish maid-type costumes.

The sassy production continues, and the girls flaunt their panties -- which have hearts, the word "Love," and "I love EU" emblazoned on the fronts and backs -- while Rita grasps her chest in an effort to prevent her breasts from falling away from that which protects her from an embarrassing wardrobe malfunction.

The grand finale of the song features Ora taking off her "top" entirely and flashing the crowd ... with tiny, heart-shaped black pasties over her nipples.

Ora, who's a brand-new judge on the upcoming cycle of "America's Next Top Model" wows with her looks and her moves ... and after seeing this video only makes us wish that there really were three Rita Oras.

Weigh in on the comments below -- who's your favorite: Rita, Margarita, or Conchita? There's just something about Conchita, right?