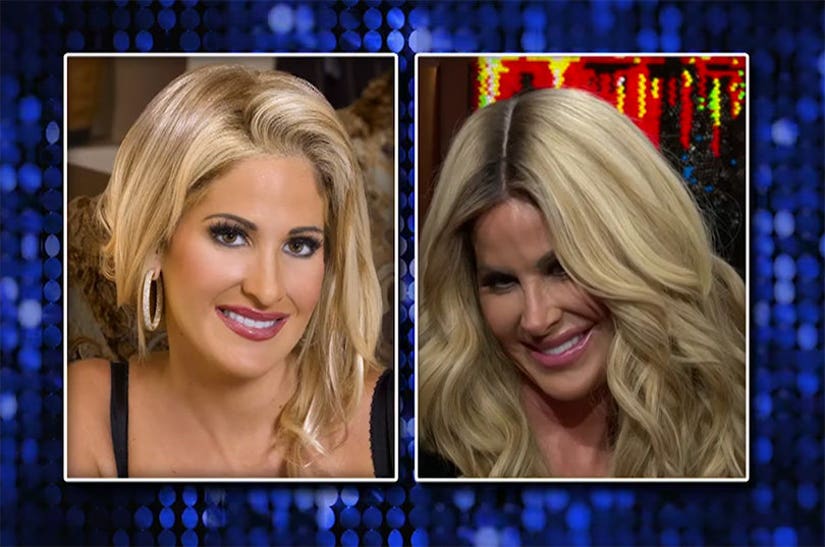 Kim Zolciak was in the hot seat about her changing appearance on Wednesday night's "Watch What Happens Live."

The "Don't Be Tardy" star got grilled by Andy Cohen over the plastic surgery and injections that have drastically changed Zolziak's appearance. The Bravo host pulled up a side-by-side showing Kim in Season 1 of "Real Housewives of Atlanta" and now.

"You don't think that nose is a little different, Kim?" he asked the reality star, who denied a nose job.

"Kim!" he pressed on, exasperated, "I could look at this all day. This is the best part of my day."

"If I'm gonna have a nose job, it's gonna be a hell of a lot shorter," Zolciak responded, "it's not going to go down into my mouth when I smile."

"Everything's kind of changed," she added, to which Cohen sarcastically replied, "Yes, it sure has!"

See her squirm below:

Elsewhere in the show, the host also brought up Zolciak's plump pout.

"Is it possible your lips have gotten bigger since I last saw you?" he quizzed. "Sweetie, you need to stop!"

"I feel like the two of you are bigger since the last time I saw you," Cohen added, referencing Zolciak's daughter Brielle, who was bartending.

Kim denied getting any recent injections, explaining that the last ones she got last "two years.

Husband Kroy Biermann also jumped to their defense, saying it's all a "makeup technique" and the women "overdraw" their lips.

Kim has been very open about plastic surgery in the past and admitted to getting a boob job, tummy tuck, Botox and fillers on her face and butt injections to eliminate cellulite.