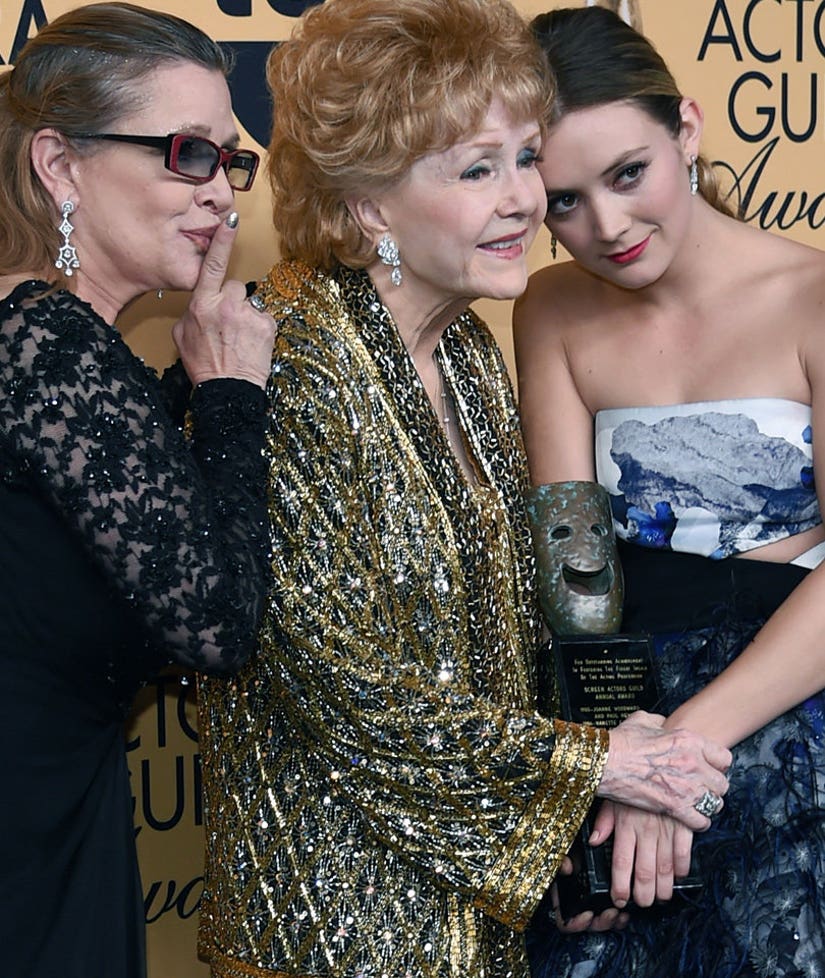 Carrie Fisher's daughter Billie Lourd just spoke out for the first time following the death of her mother and grandmother, Debbie Reynolds.

The "Scream Queens" actress, whose father is agent Bryan Lourd, posted a message to her fans on Instagram, thanking them for her support during this time.

"Receiving all of your prayers and kind words over the past week has given me strength during a time I thought strength could not exist," she wrote. "There are no words to express how much I will miss my Abadaba and my one and only Momby. Your love and support means the world to me."

The photo showed Billie, Carrie and Debbie when Lourd was just a child.

The "Star Wars" actress passed away on December 27 after a heart attack on an airplane. Her mother, who was 84 at the time of her death, died the next day.

Lourd appeared on "Late Night with Seth Meyers" just last month, where she shared a very sweet story about Reynolds.

"She gets upset when I get called Carrie Fisher's daughter," she told Meyers during an interview that aired Dec. 13.

"She wants people to call me Debbie Reynolds' granddaughter, it's very offensive to her," she joked.

Billie shared a story of when Reynolds showed her diary entries she had written as a working actress.

"So when I first started acting -- everyone in my family didn't want me to act, it was like I'm really rebelling doing this -- and she called me to her house and she has this binder of these diaries she had written when she first started doing 'Singin' In The Rain," Lourd explained.

See her impression of her late grandmother below: