James Franco and Selena Gomez's film reunion has nothing to do with spring break.

The trailer for Franco's latest directorial project, "In Dubious Battle," gives first look at the adaptation of John Steinbeck's novel of the same name which is about an activist who leads a strike by California apple-pickers in the 1930s.

The official synopsis for the film reads: "In the California apple country, nine hundred migratory workers rise up against the landowners after getting paid a faction of the wages they were promised. The group takes on a life of its own -- stronger than its individual members and more frightening. Led by the doomed Jim Nolan (Wolff), the strike is founded on his tragic idealism -- on the courage never to submit or yield."

"In Dubious Battle" hits theaters and is available on VOD on Feb. 17. 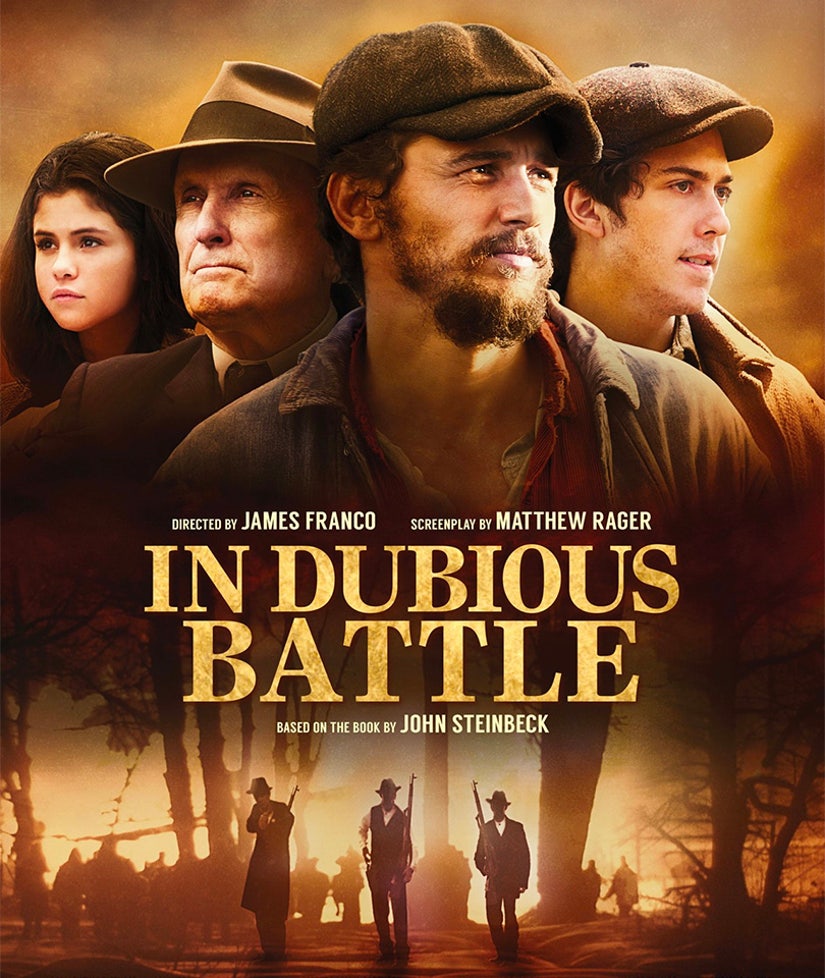