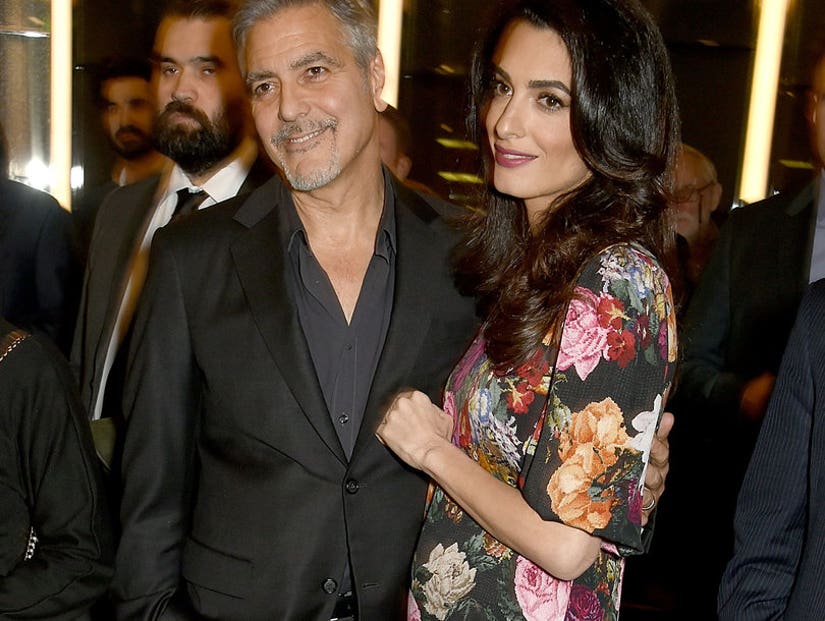 Twins are just so in season.

George and Amal Clooney are expecting two babies of their own.

Julie Chen made the announcement Thursday morning on "The Talk", though the couple has not yet confirmed the news themselves.

"Beyoncé is not the only superstar expecting twins. Congratulations are in order for George and Amal Clooney," Chen said on today's episode. "The Talk has confirmed that the 55-year-old superstar and his highly accomplished 39-year-old attorney wife are expecting twins. Give her the armrest, by the way, she's pregnant!"

"Now, what we did find out that no one else is reporting is that the twins are due this June," she continued. "The two have been married for just about two and a half years. Congratulations"

The report comes a week after Beyonce Knowles confirmed she and Jay Z were expecting a pair of newborns.