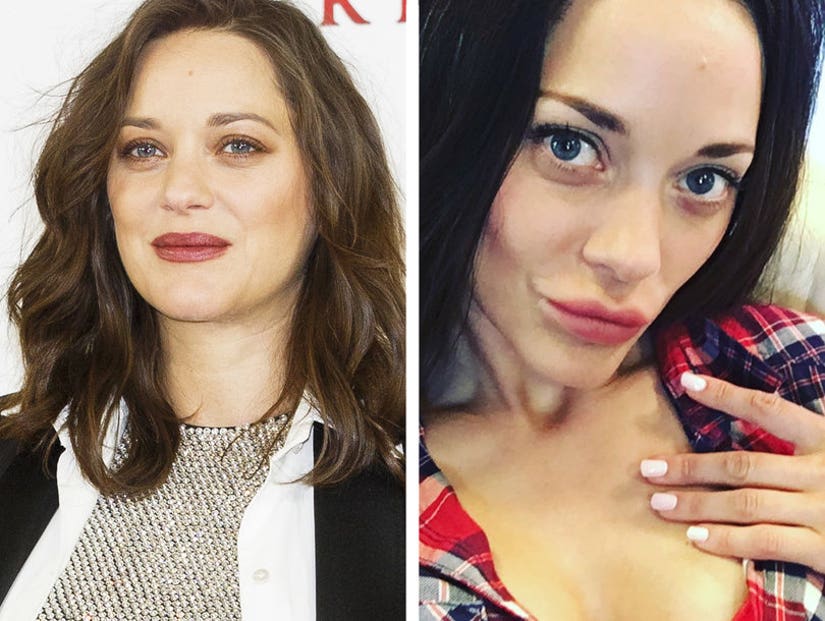 Marion Cotillard, is that you?!

The French actress, known for her work in films like "The Dark Knight Rises," "La Vie en Rose" and "Allied," showed off a drastic makeover on her Instagram page Monday.

Instead of the conservative star we're used to seeing, Cotillard rocked some revealing outfits, much longer hair and noticeably bigger lips.

Almost immediately, fans started commenting on the new look, with some wondering whether she had injections for her plump pout. Her rep later shot down those rumors.

So, what's behind this drastic makeover? A movie, of course.

Cotillard tagged her latest film, "Rock'n'Roll," in the captions. The photos themselves were throwback shots taken on set, where she sported extreme makeup, duck lips and a long, dark wig.

The movie was directed by her boyfriend Guillaume Canet, with whom she's currently expecting her second child.

See even more of the shocking photos in the gallery above!