Charlize Theron as a badass assassin? We're in.

The sneak peek highlights the actress' hand-to-hand combat in the film, as well as one steamy sex scene with co-star Sofia Boutella.

The official plot is as follows:

The crown jewel of Her Majesty's Secret Intelligence Service, Agent Lorraine Broughton (Theron) is equal parts spycraft, sensuality and savagery, willing to deploy any of her skills to stay alive on her impossible mission. Sent alone into Berlin to deliver a priceless dossier out of the destabilized city, she partners with embedded station chief David Percival (James McAvoy) to navigate her way through the deadliest game of spies.

The film will make its debut at SXSW Film Festival this Sunday, but the rest of us will have to wait until it hits theaters on July 28. 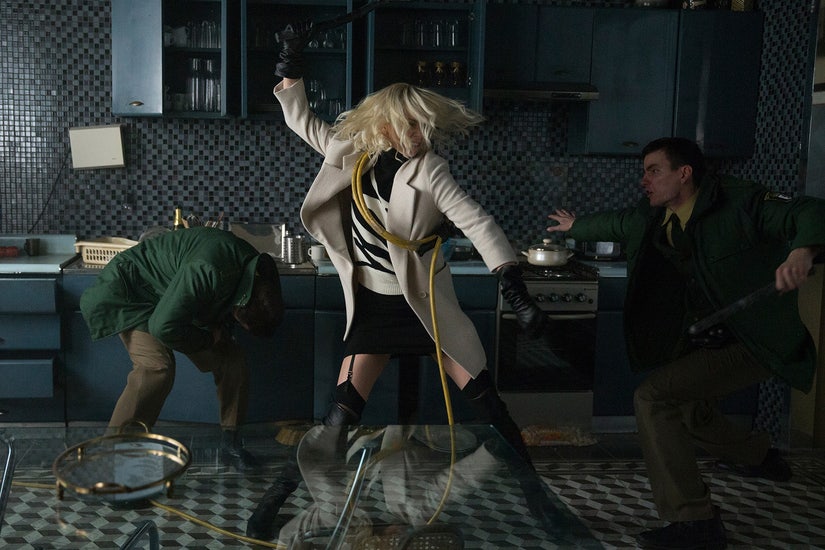