Emma Thompson turned down a date with Donald Trump decades before he was President of the United States of America -- and she kind of regrets it.

"I wish I had accepted," the actress said Thursday in an interview on Sweden's SVT. "Think of the stories!"

The "Beauty and the Beast" star explained that though she'd never actually met Trump, he phoned her in her trailer while she was filming 1998 political comedy "Primary Colors." 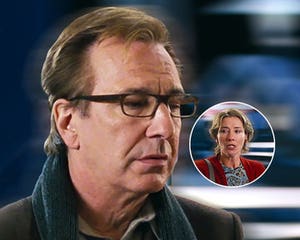 "The phone rings in my trailer, which it's never done before, so it's like a moose had just entered my trailer," Thompson said. "I lift up the phone. 'Hi, it's Donald Trump here.' I said, 'Really? Well, can I help you?' He said, 'Yeah, I wonder if I could offer you some accommodation in one of my Trump Towers. They're really comfortable.' And I said, 'Why are you offering me somewhere to stay, in my trailer?'"

Thompson said that Trump replied, "I think we would get on very well, maybe we could have dinner sometime."

"I didn't know what to do with myself," Thompson said. "I was on my own and I just said, 'OK, well I'll get back to you! Thank you so much for ringing."

But she never did. 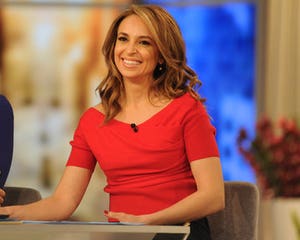 The actress revealed that her official divorce decree from Kenneth Branagh, to whom she'd been married since 1989, had been signed, sealed and delivered just a day prior to Trump's phone call.

Ironically, "Primary Colors" was a movie loosely based on Bill Clinton's 1992 presidential campaign, and Thompson was portraying a character based on Hillary Clinton.