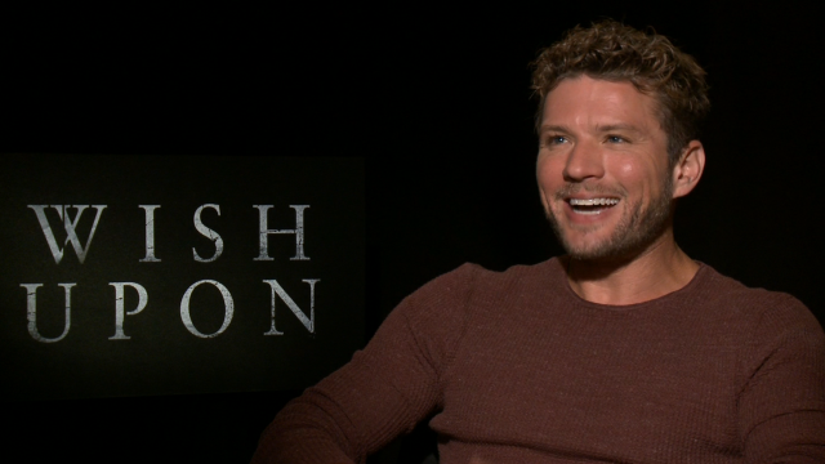 Having Ryan Phillippe and Reese Witherspoon as parents doesn't sound like a bad gig, but the actor admits he can sometimes fall into the "embarrassing dad" category.

In his new horror movie "Wish Upon," out in theaters now, Phillippe plays the kind of father who mortifies his teenage daughter by going dumpster diving outside her high school. While his on-screen kid (played by Joey King) gets to wish for a cooler pop, Ryan's told TooFab his real life kids aren't as lucky.

"I would like to think of myself as the coolest dad. I don't know if my kids feel that way," he explained. "I think they think I'm pretty cool. I think there are certainly things I do that embarrass them. I can be kind of silly and immature here and there, especially on social media and I wonder if that embarrasses them."

"I try not to embarrass them, but I think it's inevitable," he added.

While the wishes King's character makes in the movie come with brutal side effects, we asked Ryan what career wish he'd make if given the chance.

"What my mind really sparks to right now, is I'm in the app world, I have an app coming out and I hope it succeeds," he said of his fitness app Become. "I feel lucky that a lot of my wishes as an actor sort of came true. I got to work with Clint Eastwood and make films that held up over decades at this point. I feel pretty happy with things career wise. My wishes could have been much different 20 years ago. Now at 42, I have less to wish for. It would be broader, now it would be world peace stuff, end suffering type thing." 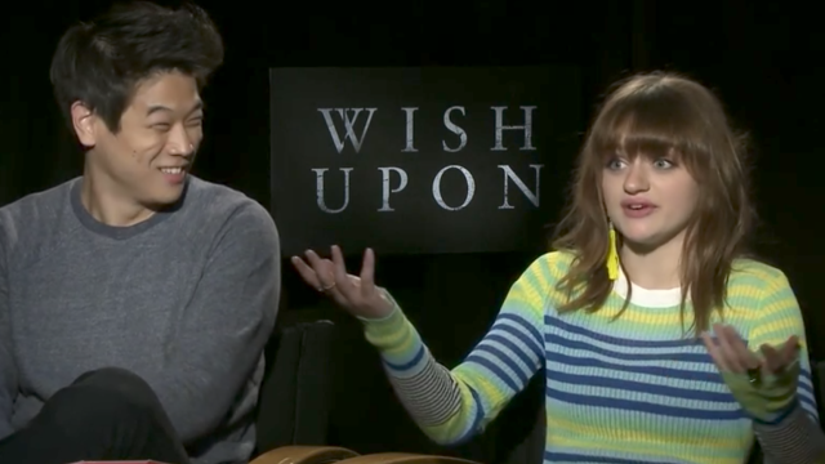 For his younger co-stars, King and Ki Hong Lee, they both expressed a desire to work with each other again on another project.

And though they appear in the new freaky flick, the two admitted they aren't really fans of the genre off-set.

"It's not that I don't like scary movies, it's that I can't sleep," said Joey. "I'm one of those people who just get super paranoid and think everything's out to get them when I watch a scary movie. That's the good thing about them, they're doing their job and here I am, the audience, very very scared."

Watch the full interview above to see the duo open up about working with Ryan, scaring each other on set and their favorite deaths in the film.

"Wish Upon" is in theaters now.