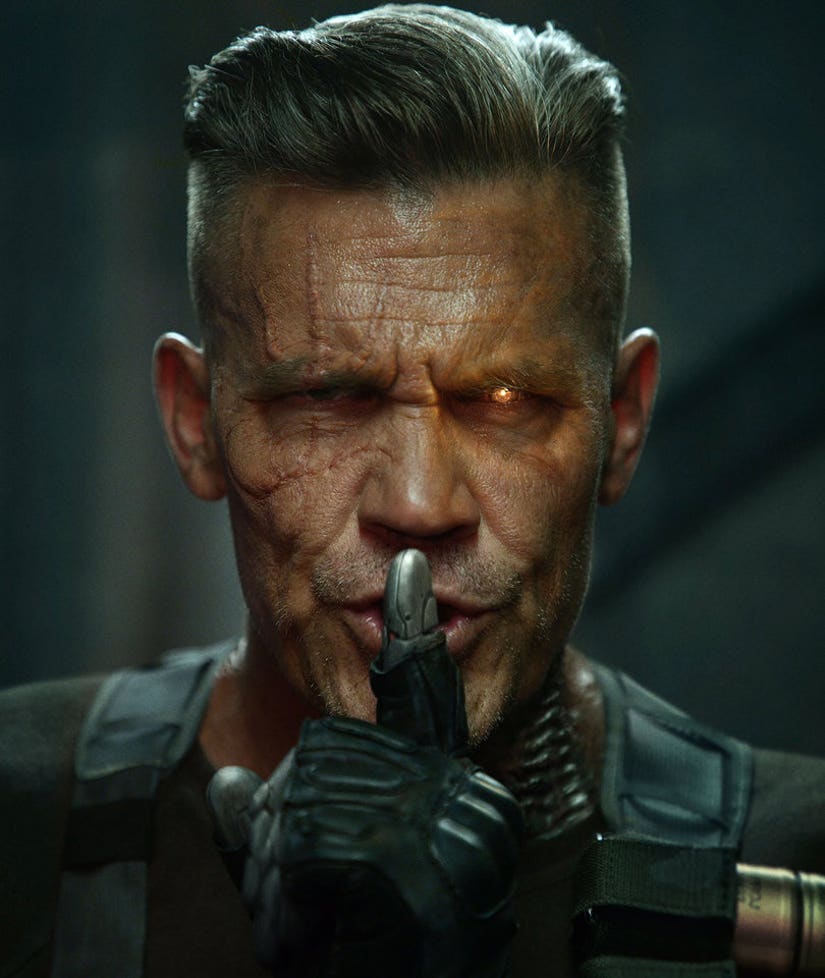 The "Deadpool" makeovers continue with the first shot of Josh Brolin as grizzly superhero and X-Force member Cable.

Ryan Reynolds uploaded the photo to his social media pages on Monday, captioning the image, "We all have that one, grumpy, heavily armed Uncle from the future." He also used the hashtags #PremiumCABLE and #JoshBrolin.

Brolin shared a full-body shot as well, giving fans a much better look at his hardware and full costume.

The snap shows off the character's trademark scars, glowing eye and metallic arm, as Brolin rocks the hell outta his new 'do.

Brolin, 49, has been training like crazy to play the merc with a mouth's sidekick in "Deadpool 2" and the villainous Thanos in "Avengers: Infinity War."