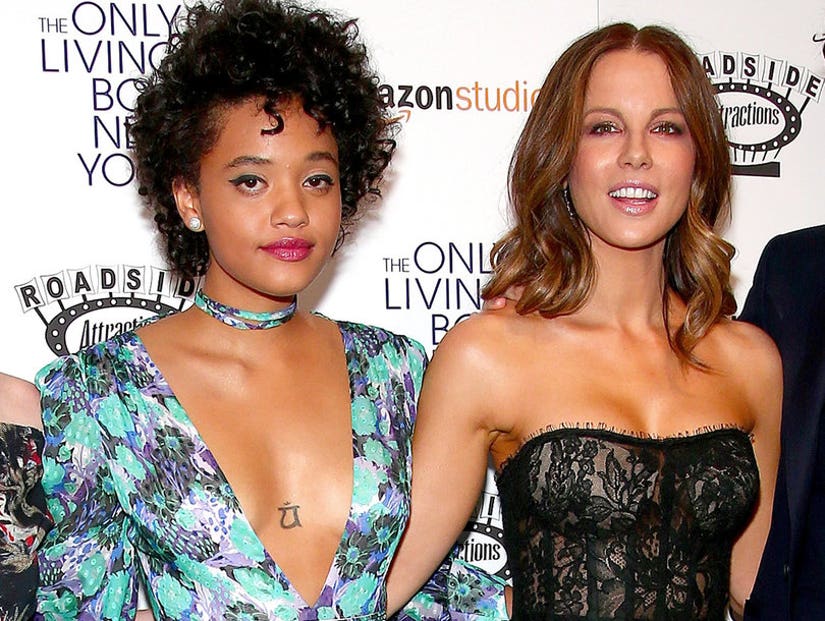 With co-stars including Kate Beckinsale, Jeff Bridges, Cynthia Nixon, Pierce Brosnan and Callum Turner, Kiersey Clemons was in great company in the new film "The Only Living Boy In New York."

The 23-year-old actress stars as the best friend to Turner's character, whose father is having an affair with Beckinsale in the coming-of-age tale. Though Clemons and Beckinsale don't share too much screen time together in the movie, Kate really had her co-star's back.

"I had a panic attack on set and she fully made me not ... I felt like such an idiot, I was embarrassed, like, 'Why am I crying?'" Clemons told TooFab. "And she was like [in a British accent], 'It's fine darling, everyone has panic attacks, don't even worry about it' and I'm like, 'OK Kate!'" 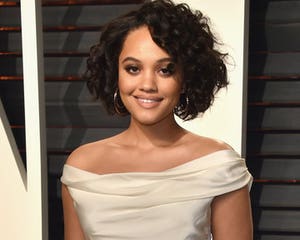 She added that she was "inspired everyday" by the cast and filming in New York City, which she said was "like an actor itself."

While her character wrestles with taking a once-in-a-lifetime opportunity in Croatia, Clemons herself hopes those who see the movie come away from it feeling ready to do any and everything.

"I hope they feel reckless. I want them to leave and decide to do all of the things," she explained. "Call all the people and admit all the feelings!" 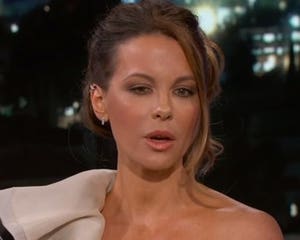 "I always fully indulge in anything I'm doing and I don't even look back," she added, saying she has no regrets. "The other option wasn't even an option if I didn't go with it in the first place."

Keep reading for more from our Q&A with the star. "The Only Living Boy In New York" opens August 11.

How did you connect with the character of Mimi on a personal level?

I think it's just us being a product of our generation which is like having all the options in the world and driving us crazy because we can't make any decisions because we have all the decisions and so much access to everything and to anybody all of the time. We have that similarity and I think a lot of people my age are going to watch it and feel that too obviously.

Her storyline involves her considering a move to Croatia, have you had a major crossroads moment like that at all?

Definitely. I'm a very passionate person, I love love, I love lust, I love all of it. I think like Mimi, I've run into that when it comes to all types of choices. I'm at the age where that always has to do with everything or something and it affects your whole life but in the most exciting way. I like to completely indulge. I feel like I have all the options in the world even though I'm the luckiest girl in the world making movies and shit.

Mimi and Thomas are unsure about crossing out of the friend zone or not. How do you feel about that?

I don't like the idea of zoning someone, like 'This is your spot, stay in it.' People grow and change and relationships change and people fall apart and come together and I always keep my mind open to the fact that anything and anyone can happen. The people I have friend zoned, if I've done that, it's because I know if we go there, it's going to mess up everything. It's not always the best option.

Can you talk a little about the "Michael Jackson Halloween" project you worked on for CBS too?

I'm so honored I get to be part of something honoring his legacy and for some kids it's going to be introducing them to who Michael Jackson is, which is like, are you kidding me? How amazing is that? That's going to really sweet and special and sit down with my little sisters and get to watch that and hear my voice.

You also have a movie coming with Nick Offerman, "Hearts Beat Loud," which will have you singing, right?

Yes, we just recorded music for that. For the most part, we're going to be doing live vocals but we recorded some backups in case I'm sick or lose my voice, so I got to really learn the songs and they are coming together so beautifully and our composer is amazing and I'm excited to work with Nick. We're going to be a father-daughter duo in a band. I'm excited about it.