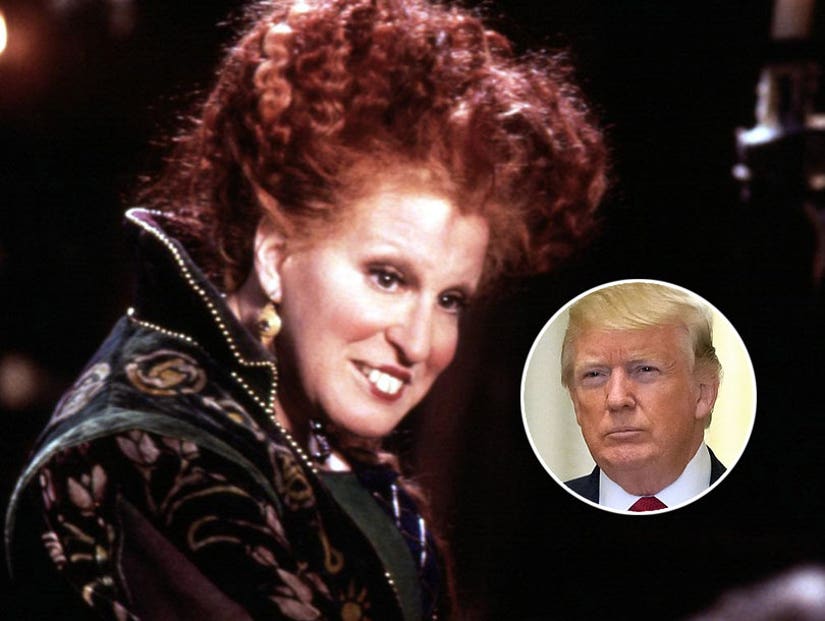 It's a battle for the most horrifying hair between Bette Midler and Donald Trump!

The Divine Miss M, who never misses a chance to take a stance against POTUS online, lobbed a "Hocus Pocus" diss in his direction just in time for Halloween on Tuesday.

"I hated that Hocus Pocus wig at the time, but after staring at Trump's hair for 18 months, it honestly looks not that bad," she tweeted, comparing Trump's infamous coiffure with witchy Winifred Sanderson's terrifying tresses.

I hated that Hocus Pocus wig at the time, but after staring at Trump's
hair for 18 months, it honestly looks not that bad.

In less than 30 minutes, the tweet racked up 5k likes and a few reactions also referencing the 1993 cult classic.

My reaction to his hair... pic.twitter.com/ao6okgINoU

It's pretty iconic to me pic.twitter.com/BhbrHtWDUP

Winnie for President!!!! She scares me less

Fun fact: Wini and Donald actually came face to face in 2016, when Bette broke out her Sanderson Sister costume at her annual Hulaween bash supporting the New York Restoration Project. 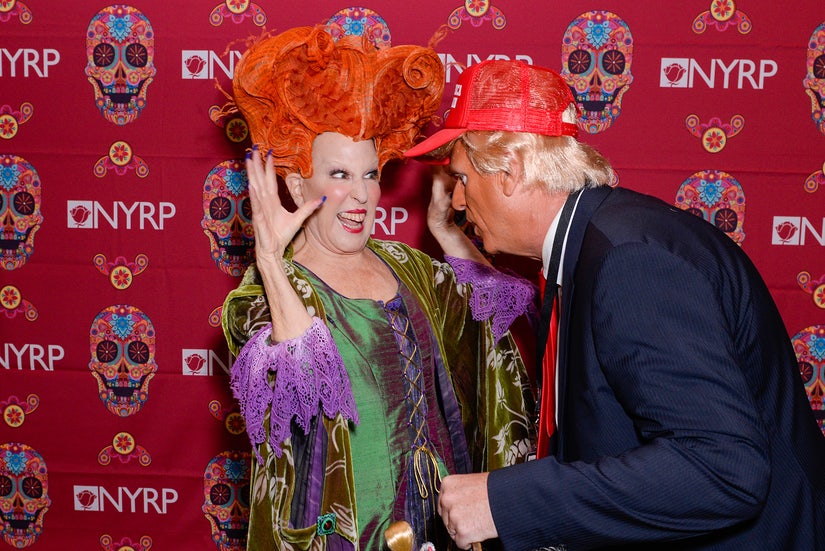