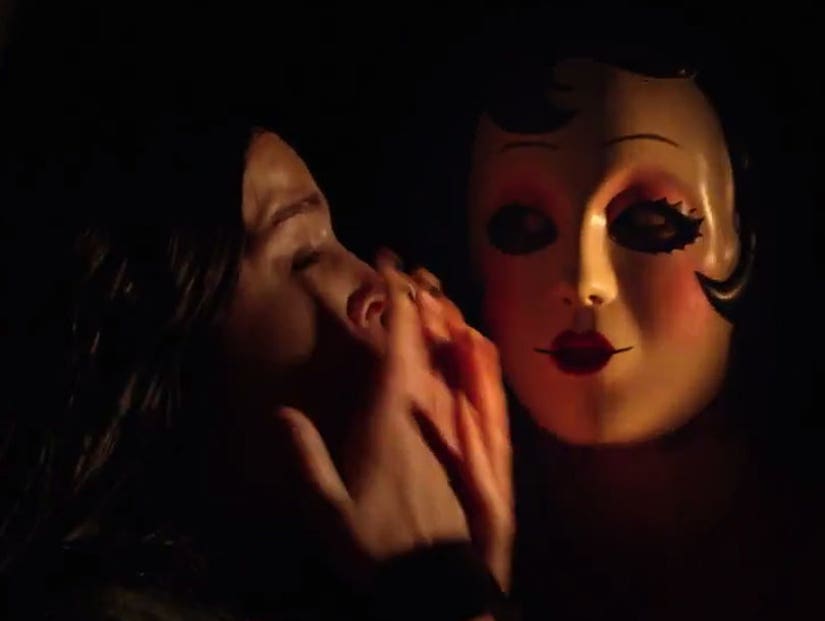 The Man in the Mask, Pin-Up Girl and Dollface are back in the first trailer for "The Strangers: Prey at Night."

The sequel to the 2008 film - which saw Liv Tyler and Scott Speedman fall victim to a trio of masked murderers - isn't due out until March 2018, but the new sneak peek sets the stage for what looks like another freaky flick.

The minute-long preview mainly focuses on Bailee Madison's character running from the killers, one of whom is hilarious blaring Tiffany's "I Think We're Alone Now" from his car speakers.

A family's road trip takes a dangerous turn when they arrive at a secluded mobile home park to stay with some relatives and find it mysteriously deserted. Under the cover of darkness, three masked psychopaths pay them a visit to test the family's every limit as they struggle to survive.