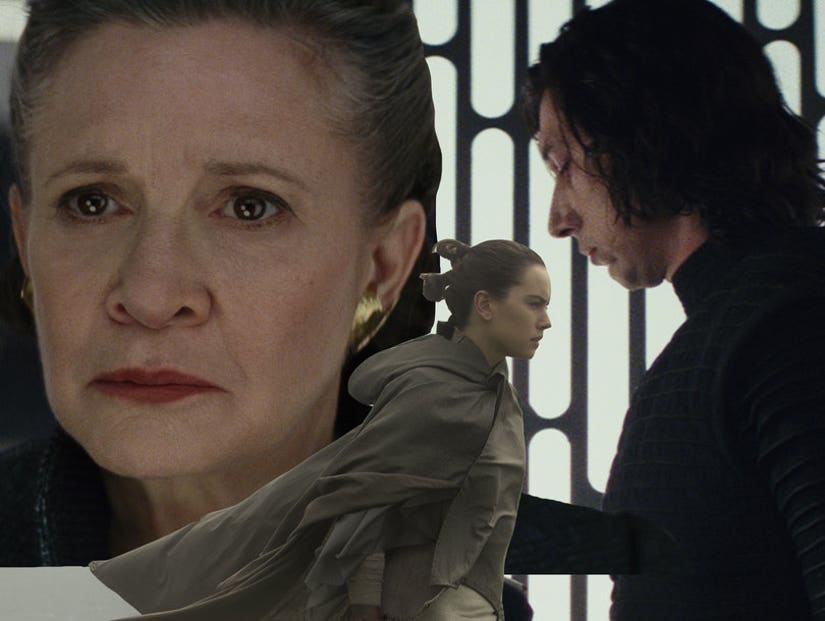 Anticipation couldn't be higher for the next chapter in the "Star Wars" saga, set to hit theaters in just over two weeks on Dec. 15. "The Last Jedi" marks the eighth chapter in the Skywalker saga and is expected to be a box office behemoth into 2018.

Rolling Stone sat down with everyone from writer-director Rian Johnson to series stars Daisy Ridley, Adam Driver, Mark Hamill and Gwendolyn Christie for its December cover story. The film marks the final performance of Carrie Fisher as Princess Leia, and her absence looms heavy over the current film promotions.

Below are six takeaways from the extensive article: 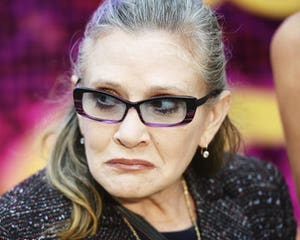 There is a shadow looming over "Star Wars" The Last Jedi" and it has nothing to do with the First Order or any threats to the galaxy. Carrie Fisher's sudden death during production on the film left the cast, crew and fanbase of the massively popular franchise reeling. Director Rian Johnson said that he honored her legacy in part by doing nothing.

"We didn't end up changing a thing," Johnson said of Fisher's part in the film. "Luckily, we had a totally complete performance from her." That leaves the problem of what to do in a post-Fisher world to "Episode IX" writer-director J.J. Abrams.

Fisher's long-time co-star in the franchise, Mark Hamill, is saddened over how her loss affects the film. "She's wonderful in the movie. But it adds a layer of melancholy we don't deserve," he said. "I'd love the emotions to come from the story, not from real life."

While Harrison Ford has been notoriously credited for disliking the role of Han Solo in the past, it turns out he may not have been alone. Hamill has had his own issues with Luke Skywalker's portrayal in both "The Force Awakens" and "The Last Jedi."

For "The Force Awakens," he was largely frustrated that his part was relegated to such a small bit -- less than a minute -- at the end of the movie, lamenting, "I don't get to run around the Death Star bumping heads with Carrie and Harrison anymore." He grew to appreciate it, though. "I don't want to say, 'That's the greatest entrance in cinematic history' . . . but certainly the greatest entrance of my career," he laughed.

Early in production on the new film, Hamill and Johnson actually got into some heated discussions about the darker "disillusioned" tone of the original trilogy's hero. "We went back and forth, and after having to explain my version, I adjusted it," Johnson admitted. "And I had to justify it to myself, and that ended up being incredibly useful."

"This is not a joyful story to tell, my portion of it," Hamill teased of the upcoming film. At least Johnson didn't go with one notion he had, which was to make Luke blind. "Luke, not too close to the cliff!" Hamill laughed, thinking about it.

Daisy Ridley seems more determined to not let Rey be her identity, or suffer the typecasting that many of her "Star Wars" predecessors have dealt with. She's already taken on other projects, and is looking forward to her post-"Star Wars" career. "In my head, it's three films. I think it will feel like the right time to round it out," Ridley said of her intentions to depart the franchise after "Episode IX."

Like Fisher and Hamill, though, she acknowledges it may not be so easy to separate herself. "A lot of Rey is me," she admitted, "But that is not me being Rey. That is parts of me being a character as Rey, be cause how could it not? So in that sense, I understand it, because so much of Leia is Carrie."

Ridley didn't completely rule out the possibility of returning in a few decades like Ford, Fisher and Hamill did, though. "I honestly feel like the world may end in the next 30 years, so, if in 30 years we are not living underground in a series of interconnected cells ... then sure. Maybe," she said. 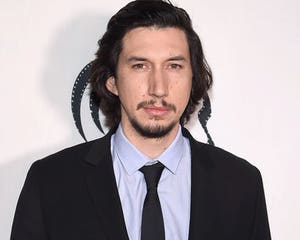 Maybe it's part of his process in playing the new trilogy's central baddie, but Adam Driver said he found himself able to understand and even sympathize to a degree with the part he plays. He even flipped the script on the resistance, calling them out for some brutal destruction of their own.

"It's not like people weren't living on the Death Star. Isn't that also an act of terrorism against the hundreds of thousands of people who died there? Did they not have families?" Driver asked. "When you feel in your bones that you're supported by a higher power on top of that, and you're morally right, there's no limit to what you'll do to make sure that you win. Both sides feel this way."

Mystery Behind Rey's Lineage Is a Mystery

One of the biggest mysteries of the new trilogy is Rey's lineage, but it turns out it's even more mysterious than we realized. Ridley claimed she's known since the first film who Rey's parents were, and yet Johnson said he was given free reign to come up with whatever answer suited him. Should that answer be revealed in "The Last Jedi," is it the same one Ridley was given? Is it a huge coincidence that Johnson reached the same conclusion that she'd been told years earlier?

"I thought what I was told in the beginning is what it is," Ridley recalled. Abrams reportedly filled her in on the set of "The Force Awakens. But then Johnson says, "I wasn't given any directive as to what that had to be. I was never given the information that she is this or she is that."

How can both things be true? They may well not be, as it's possible Johnson is simply lying, with Abrams hinting that the two may have colluded on that answer.

Like the middle chapter of the original trilogy, "The Last Jedi" looks like it has a darker tone than "The Force Awakens." But that doesn't mean it's all gloom. Ridley said some of the darkness is a reflection of society, but also, "It is escapism, because there are creatures and there are people running around with f-cking lasers and sh-t. So, I think, a wonderful mix of both."

"That's one thing I hope people will be surprised about with the movie," Johnson said of the duality. "I think it's very funny. The trailers have been kind of dark – the movie has that, but I also made a real conscious effort for it to be a riot. I want it to have all the things tonally that I associate with Star Wars."

Gwendolyn Christie, who portrays the intimidating Captain Phasma, echoed Ridley's thoughts of the blend, saying, "During testing times, there's nothing wrong with being transported by art. I think we all need it. Many of us are united in our love for this one thing."

Analysts are anticipating plenty of love for "The Last Jedi" when it hits theaters on Dec. 15, predicting a $200 million opening weekend haul. 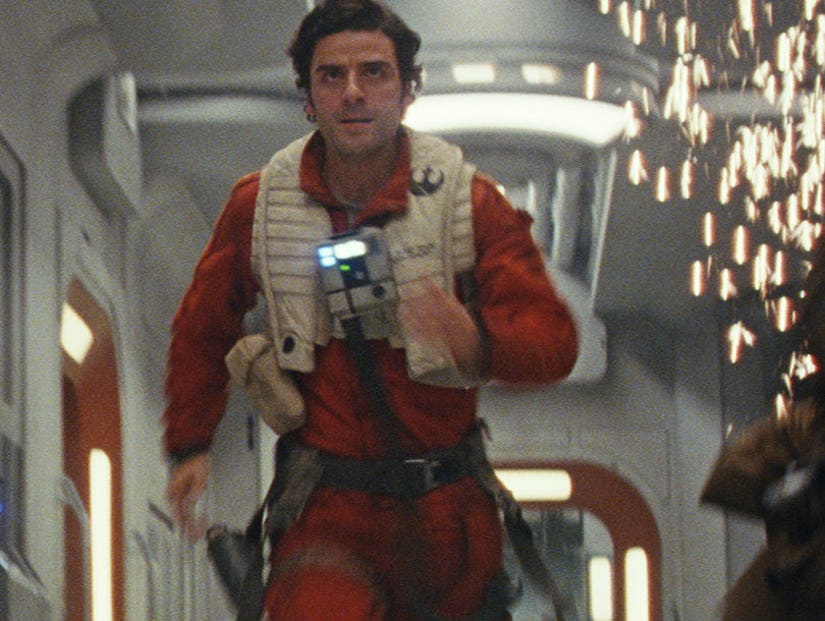