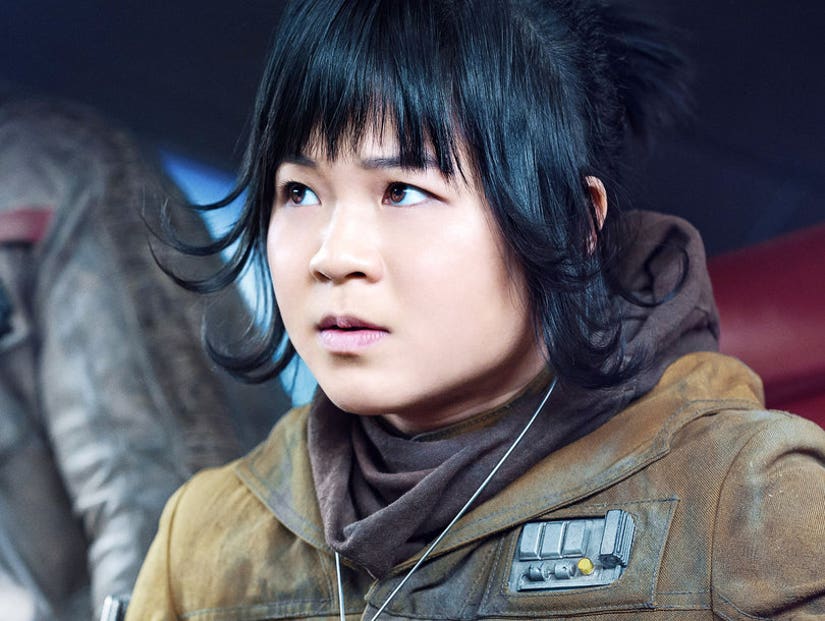 Tran wiped her account due to months of harassment over her character Rose Tico, a fan account Star Wars Facts reported Monday night.

Kelly Marie Tran has deleted all the posts off her Instagram due to months of harassment she has received for her character Rose in #TheLastJedi pic.twitter.com/ipxdbDH30C

Tran is the first Asian-American actress to have a leading role in the "Star Wars" franchise. The landmark achievement, however, received racist and sexist backlash online when the casting was first announced months before the film even hit theaters in December 2017.

It is unknown why Tran deleted all of her photos. However, Star Wars Facts' tweet on Monday became a viral topic on Twitter the following day.

TooFab has reached out to Tran as well as the Star Wars fan account for clarification, but has yet to hear back.

This isn't the first time a "Star Wars" cast member was the subject of hate on social media. When John Boyega and his character Finn were first announced for "Star Wars: The Force Awakens" in 2015 an onslaught of racism was unleashed for having a black character. (Hello, have people never heard of Lando Calrissian?) Trolls started a hashtag #BoycottStarWarsVII and said the film was promoting "white genocide." 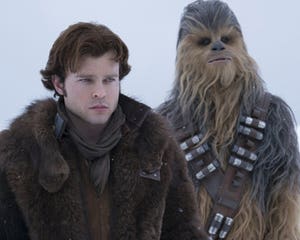 Boyega and Tran's co-star Daisy Ridley, was also the subject of online hate for being a female lead. While Ridley deleted her social media amid the harassment, it was later confirmed she left Instagram because of other reasons.

"It's not good for me, personally. I'm just not equipped for it. I'm super sensitive—not too sensitive—but I really feel things," the actress told Glamour in 2017. "Also, there is a sense that I'm asked who I'm dating a lot more than John [Boyega] is. I don't answer, because I have things in my life that are private."

While it has yet to be confirmed or debunked if Tran wiped her account due to harassment, many fans on Twitter were outraged at the idea that members of the fandom could be the reason for the actress shying away from social media.

"The Last Jedi" director Rian Johnson even took to his Twitter to weigh on the conflict.

On social media a few unhealthy people can cast a big shadow on the wall, but over the past 4 years I've met lots of real fellow SW fans. We like & dislike stuff but we do it with humor, love & respect. We're the VAST majority, we're having fun & doing just fine. https://t.co/yhcShg5vdJ

Kelly Marie Tran's quote on her Instagram page -- "Afraid, but doing it anyway. 🦁" is a thing I adore without reserve. She is a force for light and joy and unabashed engagement with the things you love, and to think of the harassment she's received is infuriating.

I totally embarrassingly fanned out when I met Kelly Marie Tran. Rose Tico was unequivocally one of the highlights of The Last Jedi. You'd have to be an idiot to disagree with that.

Hi if you think Kelly Marie Tran / Rose Tico's presence in Star Wars changed the franchise for the better, please RT so we can drown out the manbabies. pic.twitter.com/Q95CGI4lcY

I'm not sure WHY Kelly Marie Tran erased her insta pics -- BUT I will say every single time I talk to her, I feel like I'm talking to a good friend of mine. She's a personable, amazing ray of GD SUNSHINE AND WE DON'T DESERVE HER ON THIS TRASH HEAP EARTH https://t.co/5FMbYSQbOo

Hey so a massive fuck you to the so called Star Wars fans who harassed Kelly Marie Tran to the point of her deleting everything off Instagram. You fucking suck.

Ridiculous what Kelly Marie Tran had to go through for committing the crime of appearing in a Star Wars film. Our culture is so thoroughly rotten.

Kelly Marie Tran is one of the most wonderful people, period. Before using what valuable time you have in the day to flood a strangers Instagram with hate, think about how you could be using it to put out more positive, smart, and loving energy in your fandom of choice. 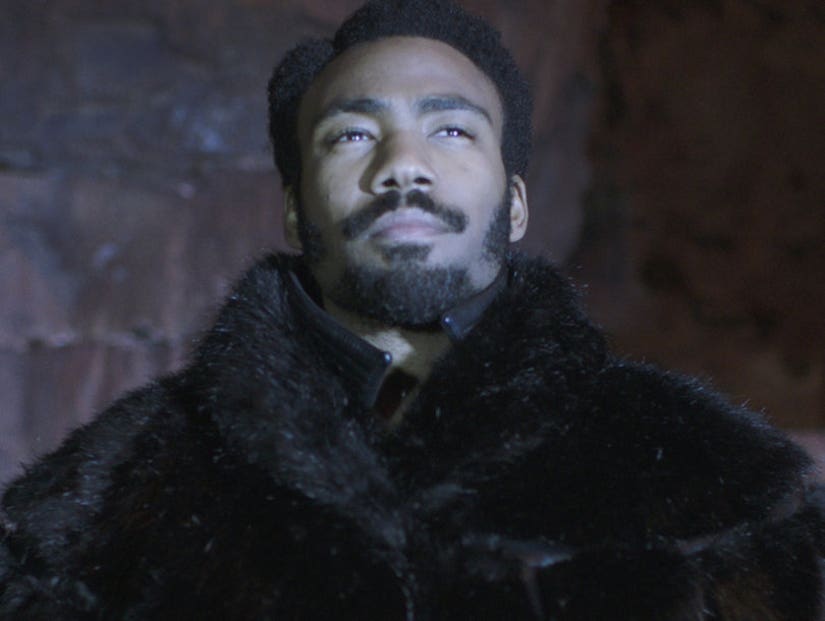