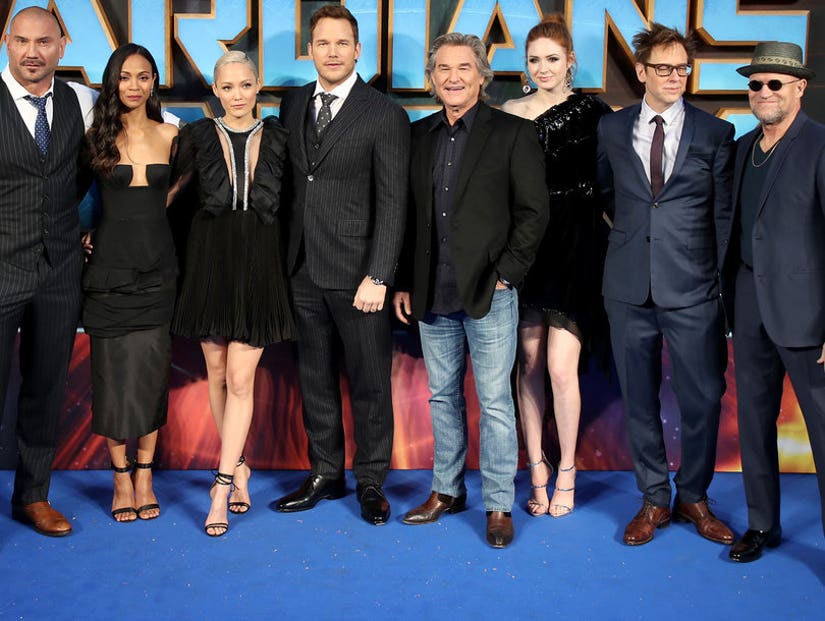 The "Guardians of the Galaxy" have spoken and they want James Gunn back for Volume 3 of the franchise.

Chris Pratt, Zoe Saldana, Dave Bautista, Vin Diesel, Karen Gillan, Bradley Cooper, Pom Klementieff, Michael Rooker and Gunn's brother, Sean all shared an open letter from the cast of the film, expressing their shock after the director was let go from Disney after decade-old rape and pedophilia jokes he made on Twitter resurfaced.

In the note, the cast says they're "encouraged by the outpouring of support" of those who want to see James reinstated as director, as well as "discouraged by those so easily duped into believing the many outlandish conspiracies" against him. They also ask that, "given the growing political divide in this country," they hope "Americans from across the political spectrum can ease up on the character assassinations and stop weaponizing mob mentality."

"Each of us looks forward to working with our friend James again in the future. His story isn't over - not by a long shot," reads the note.

In addition to the letter, Pratt himself added a note on his personal Instagram page, "Although I don't support James Gunn's inappropriate jokes from years ago, he is a good man. I'd personally love to see him reinstated as director of Volume 3. If you please, read the following statement- signed by our entire cast."