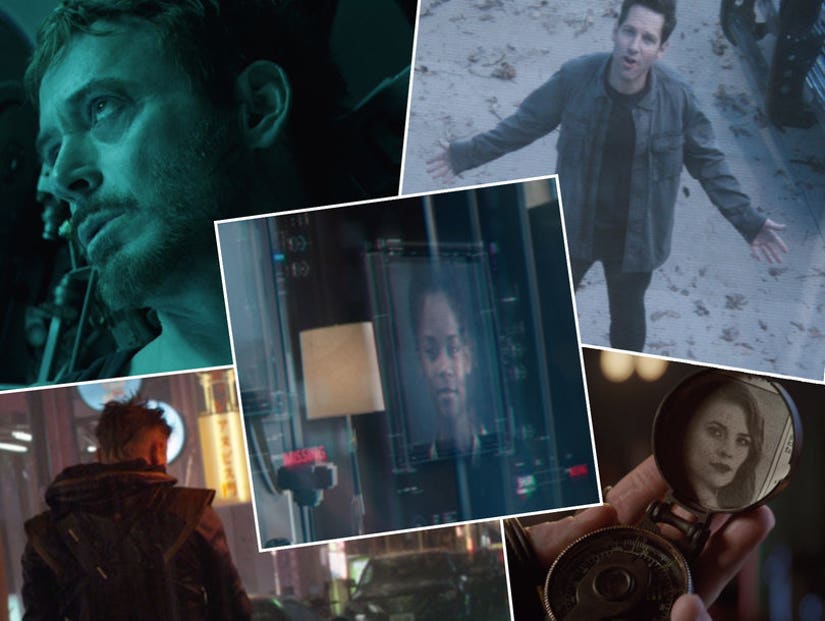 People are very worried about Shuri ... and Cap's facial hair.

The first trailer for "Avengers: Endgame," the followup to "Infinity War," quickly took over the top trending slots on Twitter Friday morning as fans reacted to the sneak peek with both shock and awe.

The preview didn't go hard on action, instead lingering on a few emotional moments for the surviving members of the Avengers, half of whom were wiped out with the snap of Thanos' fingers. Confirmed alive in the footage: Captain America, Black Widow, Thor, Bruce Banner, Iron Man, Nebula, Ant-Man, Hawkeye and the Mad Titan himself. 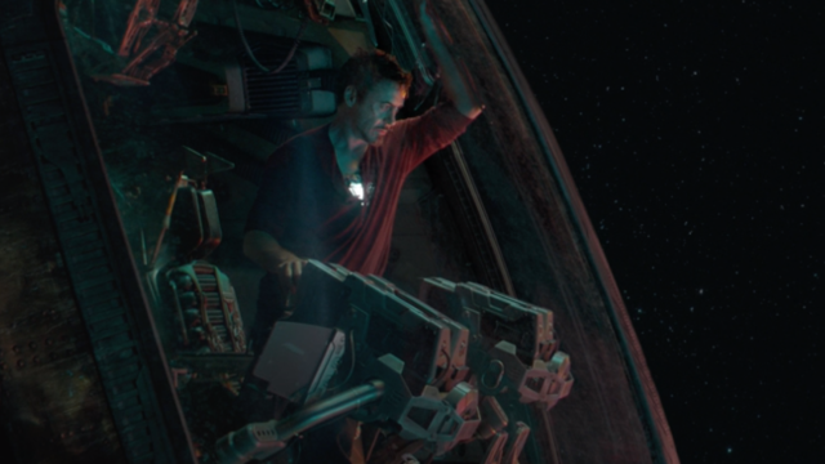 As superfans of the superheroes obsess over every frame of the teaser, Twitter is getting flooded with reactions, theories and brand new questions. We pulled together some of the most mind-blowing ones below.

What Happened to Shuri?!

In one frame of the teaser, Bruce is seen standing in front of a holographic screen showing both Scott Lang and Shuri's faces, with the word "MISSING" written beside each one. The team will eventually learn Scott is alive and well after escaping the Quantum Realm, since he clearly pops up outside Avengers HQ in the sneak peek. But what about Black Panther's sister?

It's entirely possible she disintegrated alongside her brother in Wakanda after the snap, or maybe she's hiding out somewhere with Okoye and M'Baku, who we know both survived but also don't appear in the trailer.

For what it's worth, in an interview she did with ScreenRant earlier this year, Angela Bassett said she believes her character -- Queen Ramonda -- and Shuri both lived.

Captain Marvel to the Rescue?

Captain Marvel picking up Tony before he dies in space #AvengersEndgame pic.twitter.com/qCj0ygZYm9

Captain Marvel when she sees Tony stuck in space pic.twitter.com/PHcvNqV7l0

Things are looking pretty dire for Tony Stark in this footage. He's seen stranded aboard the Milano -- seemingly with Nebula -- in deep space, recording his goodbye message to Pepper Potts. He's exhausted, starving and running out of oxygen.

So, how are they going to get back to Earth? One answer: Captain Marvel.

We know Nicky Fury hit her up on her pager at the end of "Infinity War" and with her own solo movie coming out before "Endgame" hits theaters, expect her to be a huge part of this film.

Hawkeye is out ✌️

Jeremy Renner is back in the fold after sitting out "Infinity War," but he's Hawkeye no longer.

Instead of his old costume, the archer is seen sporting a dark, new hooded look reminiscent of the character's Ronin alter-ego from the comics. He's seen killing someone in cold blood, though it's unclear who or why at this point. It appears it's up to Black Widow to bring him back into the fold.

One theory on Twitter suggests Clint's family died in the snap and he's been busy killing Skrulls, a shapeshifting alien race that will play a major role in "Captain Marvel."

I will never forgive Thanos for making Cap so tramatized he shaved his beard pic.twitter.com/y9KgD5qvJc

Captain America isn't just seen crying in the trailer, but he also brought on tears for many fans, who were very disappointed he ditched the beard he rocked in "Infinity War."

Steve Rogers is back to looking like a clean-cut boy scout, just in time for what could be Chris Evans' final outing as the character.

We'll miss you ... and that facial hair.

so yall telling me that thanos is running around in the philippines naked pic.twitter.com/aygVty6TtG

Thanos made half the population turned to dust then hanged his jersey up in the rafters. Legend. pic.twitter.com/KWUQUewLWN

We got a glimpse of Thanos' scarecrow in "Infinity War," but it really gets the spotlight here, as the Mad Titan has hung up his armor to farm. This is very much a nod to the character's storyline in source material.

The visual of him on his own planet in solitude has some wondering whether the purple guy is actually the main villain of the film, or whether an additional Big Bad may be stepping in as well.

The movie may not even need a huge presence from a villain, as the team instead focuses on how to rescue their decimated friends (and half the world's population).

Since Captain America isn't going to survive this movie, the least Marvel can do is reunite him and Peggy Carter in the afterlife for their dance🕺💃 He has sacrificed so much for the greater good. They deserve their endgame! 💕#AvengersEndgame pic.twitter.com/bHtc1gFMTS

The main takeaway from the #AvengersEndgame trailer is that Peggy Carter is going to defeat Thanos. pic.twitter.com/yVWgTZqtVg

One shot of the trailer shows someone who appears to be Black Widow holding up Steve Rogers' compass, one that still has Peggy Carter's photo in it.

First: Why is Natasha the one holding it? Second: Could this signify some sort of closure for Steve and Agent Carter?

While we've long prayed for an ending that somehow reunites the two in their youth -- maybe via time travel -- we'll take anything with Hayley Atwell we can get.

SCOTT MADE IT OUT OF THE QUANTUM REALM!!! #Avengers4 #AvengersEndgame pic.twitter.com/oLC00qhgq9

"Ant-Man and the Wasp" ended with Scott Lang trapped in the Quantum Realm, as Hank, Janet and Hope all vanished in The Snappening. Though it seemed as if he'd be stuck there, with nobody to help pull him out, he's clearly found a way.

As he shows up at Avengers HQ, it's clear Cap is shocked to see him alive, as he's previously been ruled "MISSING."

Could the Quantum Realm hold the key to reversing the snap? Or, as a few popular tweets pointed out, could he really be Loki or a Skrull in disguise?