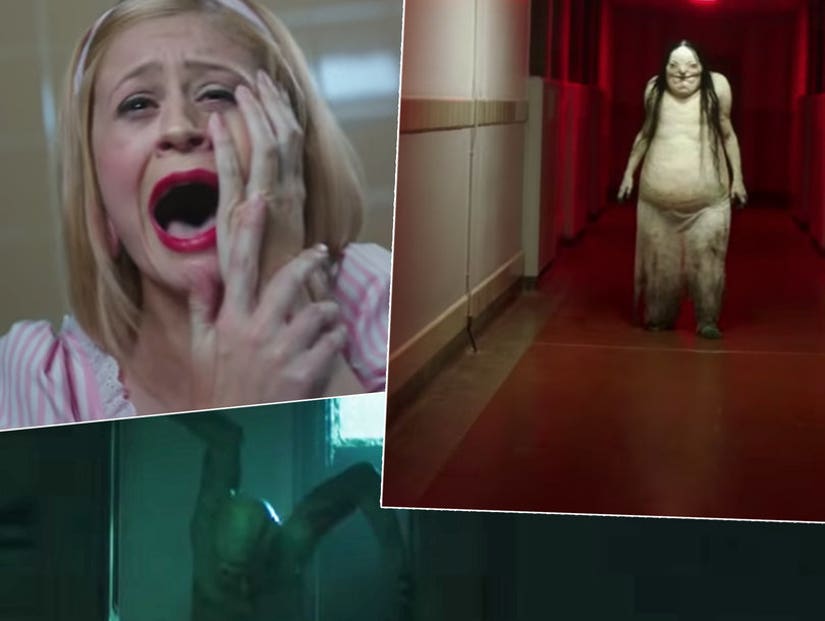 We are NOT ready.

We all remember the "Scary Stories to Tell In the Dark" books, thanks to its freaky as hell black and white illustrations that could truly make the skin crawl.

Now, 38 years after the first book was released into the world, CBS Films has adapted them into a new film of the same name -- and the first sneak peeks at the movie's creatures just dropped.

During the Super Bowl, clips teasing the "Red Spot," "Pale Lady," "Jangly Man" and "The Big Toe" dropped online, with the books' infamous spider bite story getting the big push on air during the game.

Produced by horror maestro Guillermo del Toro, the André Øvredal-directed movie will hit theaters this summer and revolve around a group of teenagers who "must solve the mystery surrounding sudden and macabre deaths in their small town."

It's l968 in America. Change is blowing in the wind...but seemingly far removed from the unrest in the cities is the small town of Mill Valley where for generations, the shadow of the Bellows family has loomed large. It is in their mansion on the edge of town that Sarah, a young girl with horrible secrets, turned her tortured life into a series of scary stories, written in a book that has transcended time—stories that have a way of becoming all too real for a group of teenagers who discover Sarah's terrifying tome.

del Toro previously promised that the movie will try to preserve the look of Stephen Gammell's iconic illustrations, which truly brought Alvin Schwartz's tales to life. After seeing the teasers, he wasn't lying!

"Scary Stories to Tell In the Dark" will spook its way into theaters August 9, 2019.