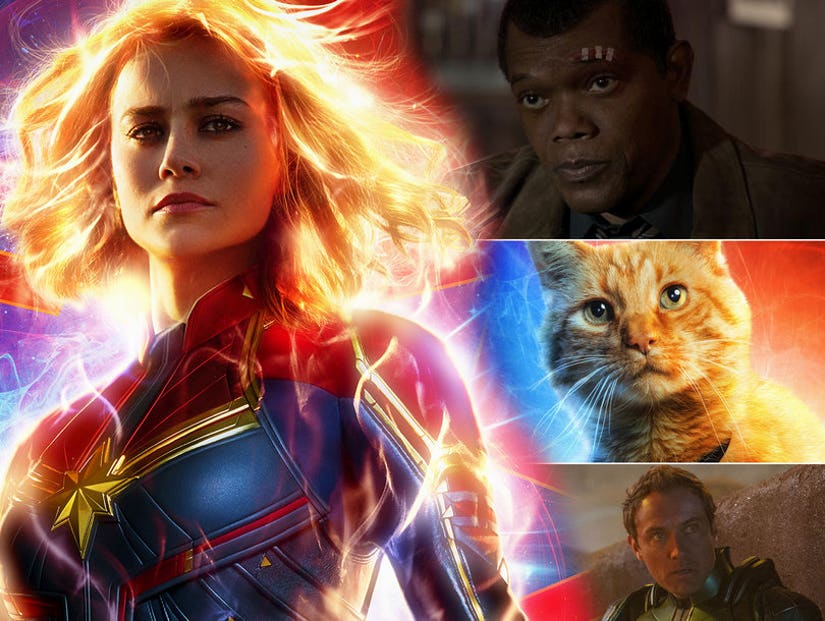 See how the cat got Brie Larson in the dog house ... and how a 12-year-old reporter's interaction with the star made everyone go "Awww."

Captain Marvel is ready to make her MCU debut.

After over 10 years and 20 Marvel Cinematic Universe films -- the first being "Iron Man" back in 2008 -- Brie Larson takes center stage as the first female superhero with a solo outing, a milestone that is as important as it is overdue. Without getting too deep into the plot, the movie follows Carol Danvers (Larson) as she finds her place in the universe against the backdrop of "a galactic war between two alien races" that reaches Earth.

And while Reggie, the main cat who plays Goose in the film, was MIA at the press conference, he was a major topic of conversation.

Here's what we learned:

"I'm more curious to know what you thought of the movie. We made it for you, so that's what this is about," she wondered. "I feel like the world is telling you so much, how you're supposed to think and feel and interpret things and who you're supposed to grow up to be. We're not supposed to put that on you, what'd you think?" The girl's response: "I thought it was amazing. I thought you were such an empowering female role model and I think all my friends will all really appreciate that." Cue the "Awwwws!" from everyone in the room.

We just yelled at the stage to get this 12-year-old girl the mic for one last question at the #CaptainMarvel press conference.