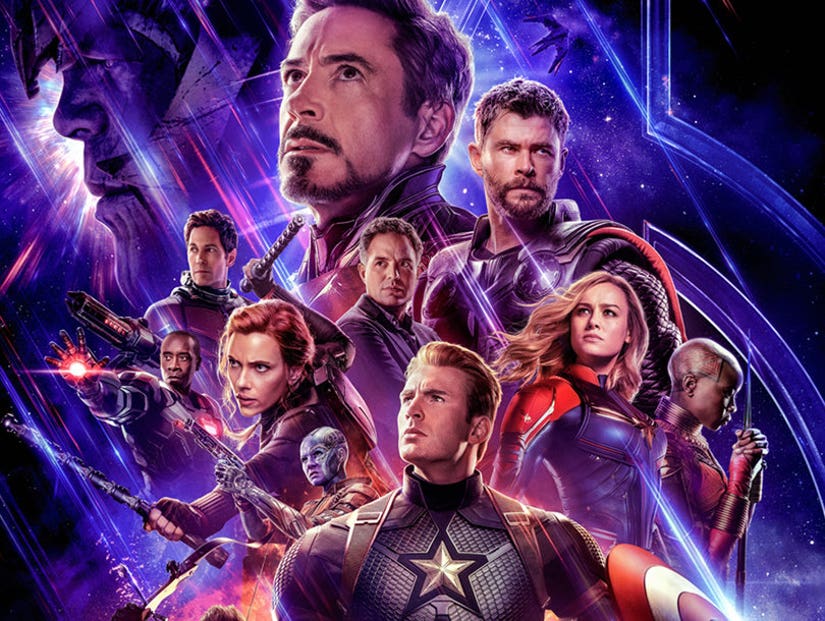 The stars of the film weren't very forthcoming with many details, but here's what we were able to get out of them.

We're in the "Endgame" now!

The cast and directors of "Avengers: Endgame" assembled in Los Angeles on Sunday for what could be one of the final press conferences with the current crop of Marvel superheroes, before the next film shakes things up big time.

One fun tidbit: Rudd celebrated his 50th birthday this weekend and apparently had a party on Saturday night. One person who wasn't there, as pointed out by RDJ during the press conference: Chris Evans. Why? Cap was just too tired from doing press that day. Also delightful: In their downtime, the cast played Boggle ... and while Larson claimed she "crushed the whole time," Cheadle was hailed as the best player. While Ruffalo apparently sucked, he impressed Evans by spelling "Asbestos."

Also worth mentioning: Evans jokingly saying, "I don't mind punching a kid," when the stars were all asked about being mobbed by children. "Kids are the problem, let's be real," he added.

Here's what else we were able to get out of them before "Avengers: Endgame" hits theaters April 26:

The press conference began with Robert Downey Jr. and Kevin Feige looking back on the movie that started it all, "Iron Man."

DRJ said that while making that first film, " I was just hoping day to day were were making good scenes. I just wanted to not drop the ball." As time went on and the MCU kept growing, Downey Jr. said he's started to feel like "an odd ball manny" of the group. "We are close and growing closer by the moment," he added. "It's just nice, the coolest relay race in the history of entertainment for my money."

"We had fun making that first movie and it was, the bar for success was pretty low," recalled Feige. "It was comparative to other Marvel films, which is what we wanted to compete with." He added that, after seeing the footage and reaction to early trailers, "We realized this was really gonna be special."

"We haven't seen an ending, a definitely conclusion to an overall saga," he added, of what makes "Endgame" so important."

Yeah, there were not a lot of specifics about this movie in particular, as all the cast members were afraid to accidentally reveal any spoilers.

When Jeremy Renner was asked about what it was like to be back, he simply said, "I feel good, I feel rested. Yeah, yeah, I'm good. stretched out, had some coffee. Ready to rock." Chris Hemsworth was also sketchy on specifics about Thor's evolution throughout his movies, teasing we'll see an "even newer version" of him in "Endgame.

As for Chris Evans, he was the one who actually got cut off while giving his answer about what he loves about Cap in this film. "I can give broad strokes. The completion of the arc, that's safe to say, right? This movie does provide an ending to a lot of ..." he began, before Joe Russo cut him off. "He's been through so much. There's been so many wonderful elements of working on this movie. The friendships and connections i've made over 10 years now, it feels like a family."

Karen Gillan said she hoped to see her character, Nebula, face some of her "Daddy issues" with Thanos in this movie, coyly adding, "I don't know if she will. I'm not saying anything, I just got really nervous." Rudd was equally "terrified to say anything," but confirmed he is in the movie ... since that's been revealed in the trailers. He added, "It's going to be fun to have audiences discover it, along with us, we haven't seen it either."

Larson said this whole press conference felt like a "test," where she was scared to say the wrong thing. Of this movie, she said she joined the franchise at "the most magical time" and "this film will always be personally dear to me, because it was my first time playing Captain Marvel, we shot this first." She added that "this film deals with some heavy subject matters," and called the experience of working with everyone "surreal." She's also excited for the movie to come out so she can "just talk about it."

Mark Ruffalo noted the entire press conference had some "sadness" in it, as everyone kept talking about each other like they're dead in real life. He added, "There's something very bittersweet about this moment."

The Russos also wouldn't confirm whether there are any mid or post-credits scenes for this one, fearing they'd give any "context" away.

The stars all weighed in on what they think about Captain America's facial hair, with Evans himself ScarJo, the Russos, Larson, Ruffalo, Hemsworth and Cheadle all saying they prefer him with his beard. Gurira, Gillan, Rudd and Feige were all on the other side of the debate.

RDJ, meanwhile, liked the best of both words, joking he liked Evans with a beard, covered in prosthetics to look like he didn't have one, which is what they had to do when filming the schwarma scene in the first "Avengers" film. Evans had a beard for "Snowpiercer" when they filmed the after-credits stinger.

That's basically all we got out of 'em, but a fun time nonetheless. "Avengers: Endgame" hits theaters April 26.