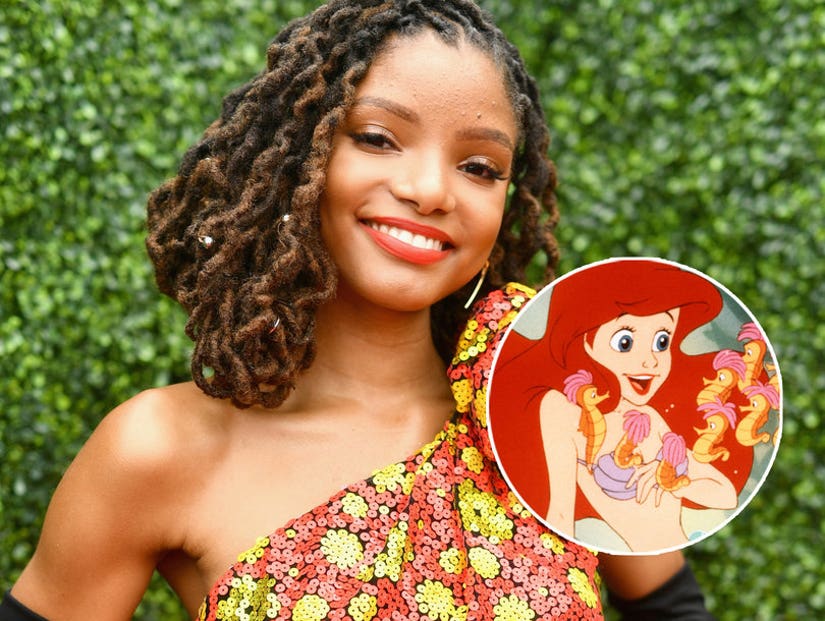 The Chloe x Halle singer reportedly learned the news this morning, right before we all did.

"After an extensive search, it was abundantly clear that Halle possesses that rare combination of spirit, heart, youth, innocence, and substance — plus a glorious singing voice — all intrinsic qualities necessary to play this iconic role," director Rob Marshall confirmed on Wednesday afternoon.

Production on the live-action reimagining will begin in early 2020, with more cast announcements expected soon.

Rumored to be in the mix right now are Melissa McCarthy as Ursula, Jacob Tremblay as Flounder and Awkwafina as Scuttle. According to a release, the movie will feature "beloved songs from the animated classic by Alan Menken and Howard Ashman, as well as new songs by Menken (music) and Lin-Manuel Miranda (lyrics)."

According to Variety, Bailey was "a clear front runner from the beginning," following months of meeting with other talent. THR reports "the decision was made today with the budding actress notified Wednesday morning."

Halle and her sister Chloe began as a cover duo who caught Beyonce's eye and would up opening for her during her Formation World Tour and the On the Run II Tour with Jay-Z. They also performed "America the Beautiful" at the Super Bowl in 2019.

You can watch that one below:

The 1989 movie followed Ariel as she struck a deal with a villainous sea witch, trading her voice and fin for legs and the chance to win a prince's heart. The movie included popular songs including "Part of Your World" and "Under the Sea," the latter of which won an Oscar for Best Original Song.

The original spawned a direct-to-video prequel and sequel, as well as a Broadway adaptation.

The remake comes after recent adaptations of "Aladdin," "Beauty & the Beast," "Dumbo," "The Jungle Book," "Cinderella" and the upcoming "The Lion King." New versions of "Mulan" and a "101 Dalmatians" film centered on Cruella de Vil are also further down the pipeline.